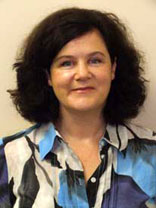 My research and teaching interests arein the area of postcolonial literatures in English and Australian literature. I have also taught a great deal across the English literary canon as well as liteary theory, gender and rhetorical studies.

My current research project, Christina Stead in America, reads Stead’s American novels with a particular focus on her Australian and transnational background, her commitment to the mobile subject position of “fellow traveller” and her allied critique of World War II America. This project picks up sustained work on Stead’s I’m Dying Laughing, as well as material from the politics section of my recent critical edition of Dorothy Hewett’s nonfiction prose.

Under the Scientia scholarship scheme, she is looking for strong applicants for 2018 for the PhD project "Migrant Subjects, Literary Work and Literary Circulation in a Global World": In the current world, cross cultural mobility operates in a number of ways across a wide geographical scale and the Contemporary Humanities and Creative Arts have been central in representing and negotiating these ranges of experiences. We are interested in supervising projects that investigate the literary representations of migrant mobilities in late modernity, including those by refugees. We are particularly interested in the ways in which questions of gender, genre and geography frame these representations. The modes of circulation of literary texts in and around global literary systems, including aspects of translation, publication and reception might form a key aspect of this project.

I am an executive committee member of the English Association, Sydney.

Since 1996, I have given over twenty invited lectures and/or keynote presentations to teachers and students involved with the NSW HSC curriculum.

I have taught widely in the English and Australian literary curriculum for a number of years.

Since I joined UNSW I have convened and taught the following courses:
ARTS 3041: Literary Mobilities
ARTS2037 Reading Women's Writing

I will convene and teach Postcolonial Literature in 2013.