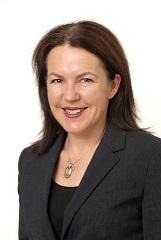 Dr Geraldine Hassett joined the Liverpool Hospital Rheumatology Department as a Visiting Medical Officer in Rheumatology in 2003, after returning from St Thomas’s Hospital in London where she had commenced her PHD into the “Epidemiology of progression of radiographic lumbar spine, hip and knee OA”. She completed her specialist training in 2000. She worked in private practise as a clinical rheumatologist from 2003-2007 in addition to her VMO commitments (2003-2007). She then worked as a part-time Rheumatology Staff Specialist from 2008-2013 (FTE 0.5) until she took on the full time appointment as the Liverpool Hospital, Director of Rheumatology Department in 2014. Since 2007 she has been a UNSW Conjoint Senior Lecturer. In 2016 she founded the Sydney Partnership for Health, Education, Research and Enterprise (SPHERE) NHMRC AHRTC Musculoskeletal Clinical Academic Group (CAG) and remains the Leader of the CAG. She was appointed in 2017 as the South West Sydney Local Health District Leading Better Value Care Clinical Lead of the Musculoskeletal Working Group. She has been appointed as the Convenor of the 2020 Australian Rheumatology Association National Scientific Meeting following successful convening the NSW ARA Annual Scientific Meeting 2017. Dr Hassett has overseen the development and implementation of new clinical and research services within Liverpool Hospital and SWSLHD since 2014 including: an active rheumatology and connective tissues diseases clinical trials unit, a Psoriatic Arthritis Research Clinic, a musculoskeletal ultrasound service and a Paediatric Transition Clinic. She has actively built research capacity within the Department of Rheumatology by employing a research data manager, and research assistant, a clinical trials nurse, increasing the staff specialist FTE (1.2) appointments within the Department, obtaining a second funded advanced trainee and a yearly Rheumatology Research Fellow. She was nominated by SWSLHD in 2015 for the CEC Executive Clinical Leadership program and undertook a 12 month quality improvement project to vaccinate all patients with inflammatory arthritis against influenza and pneumococcus demonstrating her commitment to translating evidence into practice. As the SWSLHD Clinical Lead for the Musculoskeletal LBVC Initiative she is overseeing the establishment of locally adapted MoC for Osteoporosis Re-fracture Prevention and Osteoarthritis Chronic Care Programs. She is a member of numerous peak bodies including the ACI Musculoskeletal Network and is a former committee member of the ARA Research Trust. She has a strong track record in teaching and supervising rheumatology advanced trainees, mentoring early career rheumatologists and is co-supervising post graduate students.

Dr Hassett recommenced her research career in 2017, with limited competitive funding obtained post PhD. She is now an AI on a submitted NHMRC Partnership Grant and an AI on the A3BC Biobank Collaborative CRE. She successfully founded the SPHERE MSK CAG in 2016, which was awarded $500,000 over 3 years (June 2017 –June 2020) to establish an inter-disciplinary collaborative MSK research group. She secured $100,000 in industry funds to establish the Psoriatic arthritis research clinic and musculoskeletal ultrasound service. She is the CI-E on an MRFF grant APP1176600 $896,000, Stopping Fragility Fractures in the Elderly.

The SPHERE MSK CAG, under her leadership has developed a clear operational plan, terms of reference, education and research strategy. She was a co-author on the first publication to arise from the MSK CAG collaboration that demonstrates her commitment to education and primary care (GP CHECK article on Osteoporosis Management).  She has strong links with consumer partners including Arthritis Australia, Osteoporosis Australia and Health Consumers NSW and was instrumental in forming the Community and Consumer Council of the MSK CAG that is now developing a consumer engagement framework for SPHERE. She is actively engaged in the research activities of the Department of Rheumatology, the NSW ARA, SPHERE MSK CAG and is on the steering Committee of the Outcomes Measures in Rheumatology Clinical Trials (OMERACT) – Medication Adherence Group. OMERACT is an international multi-disciplinary network whose goal is to reach consensus on evidence-based Core Domains and Core Outcomes Sets for use in MSK clinical trials. She is a PI of the Australian Arthritis and Autoimmune Biobank Collaborative (A3BC) and an AI on the recently submitted CRE for A3BC. A3BC was established in 2016 to identify causes and cures for a wide range of inflammatory arthritic and autoimmune conditions using biobank-enabled, data-linked, collaborative, and multidisciplinary research. She is the CI-E on MRFF grant APP1176600 $896,000, Stopping Fragility Fractures in the Elderly. She is actively engaged in the PROM research conducted in the Department of Rheumatology at Liverpool Hospital and is involved in numerous Rheumatology advanced trainee projects.