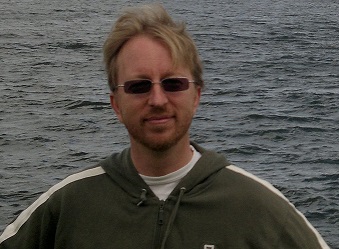 Formal qualification as teacher in philosophy and ethical education at secondary and tertiary levels (Finnish law on teacher qualifications, no 452/96 § 1 moment 2)

Heikki Ikäheimo has a PhD in Philosophy from University of Jyväskylä in Finland (2003), where he also worked as Assistant and Senior Assistant in Philosophy between 1997 and 2005. As post doc he spent three years in 2005-8 at University of Frankfurt (http://www.ifs.uni-frankfurt.de/english/). Heikki came to Australia in 2008 to take up a Macquarie University Research Fellowship and moved to UNSW in 2012. He was Australian Research Fellow in 2011-16 with an Australian Research Council Discovery Project 'The Social Ontology of Personhood - A Recognition-theoretical Account' together with partner investigators from Finland, Germany and Italy. Heikki has been visiting scholar at Westphälische Wilhelms-Universität Münster (2000-2001 and 2015) and at Paris Nanterre (2014). He has given invited lectures, keynotes and talks in Australia, Austria, Czech Republic, Denmark, Finland, France, Germany, Italy, New Zealand, The Netherlands, Switzerland and United Kingdom.

Heikki's research areas include Hegel, German idealism, theories of recognition, intersubjectivity, subjectivity, personhood, the human life-form, social ontology, critical social philosophy, and applied philosophy. He is best known through his work in the theory of recognition (Anerkennung), including the monograph Anerkennung (De Gruyter 2014), the edited collections Recognition and Social Ontology (Brill 2011) and Recognition and Ambivalence (Columbia University Press 2021), as well as Handbuch Anerkennung (Springer 2021). Heikki's next monograph Recognition and the Human Life-form is forthcoming by Routledge in 2022, and he is finishing a co-authored monograph The Social Ontology of Personhood together with Arto Laitinen, Michael Quante, and Italo Testa.

ARTS4249 The Humanities, Then and Now (convening)

Previous courses include: ARTS3368 Advanced Social and Political Philosophy, ARTS3375 Hegel and German Idealism, and others