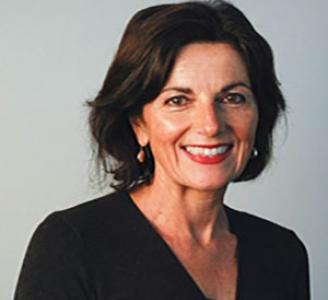 Follow me
Professor Helen Lochhead is an Australian architect and urbanist.
She is an Emeritus Professor of Architecture and Urbanism and formerly the Pro Vice-chancellor, Precincts providing strategic oversight and direction for all UNSW precincts and Dean, UNSW Built Environment from 2015-2020. She has held a number of influential positions in the NSW Government and the City of Sydney including including Executive Director roles at Sydney Olympic Park Authority and Sydney Harbour Foreshore Authority, and deputy NSW Government Architect.
Her career has focused on the inception, planning, design and delivery of complex multidisciplinary projects and public works ranging from a 5-year city improvements program for the City of Sydney leading up to the 2000 Olympics to major urban renewal and waterfront projects. She has been instrumental in shaping more major precincts around Sydney Harbour than most, including the transformation of Sydney Olympic Park at Homebush Bay from a sports precinct into a mixed-use community and parklands with environmental credentials that set new benchmarks. More recently she led the development of 30-year plan for the transformation of Sydney Cove, the gateway to Sydney’s CBD and was instrumental in setting a new strategic vision for Sydney Harbour.
Professor Lochhead maintains a high profile in the profession and her professional contribution has been recognized through many industry awards including AIA and AILA Urban Design and Sustainability Awards, the AIA Marion Mahony Griffin Prize, the NAWIC Vision Award for leadership in the construction industry and the AIA NSW President’s Prize and the American Institute of Architects Presidents Medal. In 2019 she was named one of the AFR 100 most influential women in Australia.
High level appointments include the National President of the Australian Institute of Architects, the Independent Planning Commission, the Australian Heritage Council and competition juries and Design Review Panels across Australia and internationally. All are a testament to her standing in the profession.
A graduate of both the University of Sydney and Columbia University in New York, Professor Lochhead’s career has combined professional practice and teaching both in Australia and the United States, as an Adjunct Professor at the University of Sydney and also as visiting academic at Harvard, MIT and Columbia Universities. She has been awarded numerous Fellowships including Fulbright, Bogliasco and the Harvard Lincoln/Loeb Fellowship at the Graduate School of Design and the Lincoln Institute of Land Policy.
Phone
+61 2 9385 4768
E-mail
helen.lochhead@unsw.edu.au
Location
Red Centre, Room 5017
Public lectures/conferences
Expert Panels

Significant projects under my direction

Significant projects under my direction