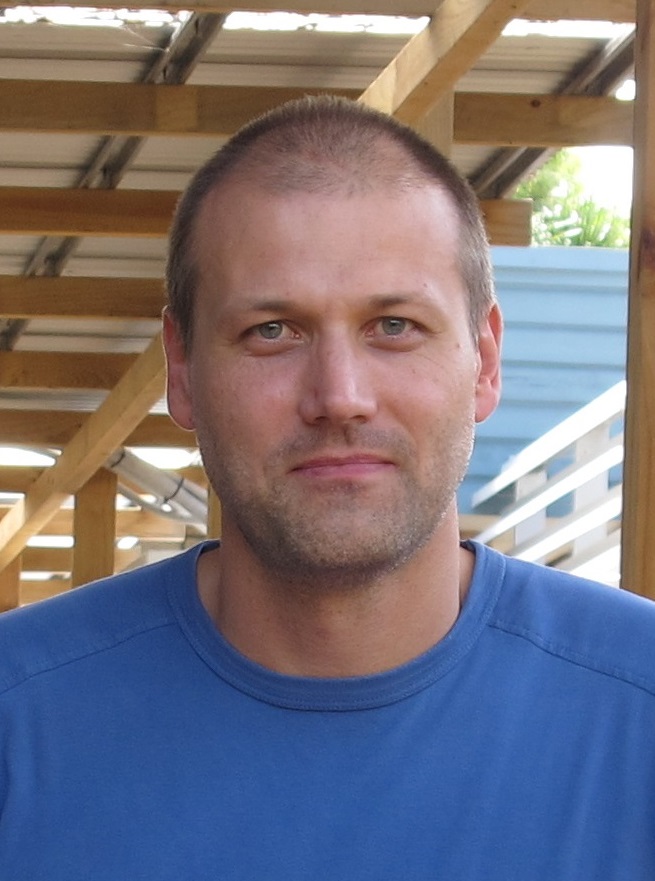 Dr Ingvars Birznieks is a sensory neurophysiologist interested in sensory information encoding mechanisms. He received his PhD training at the Umeå University in Sweden and the University of Melbourne, Australia - the leading laboratories in the field of somatosensory research.

During his postdoctoral studies at the Prince of Wales Medical Research Institute in Sydney, he broadened his research competence investigating proprioception, muscle pain mechanisms and function of the autonomic nervous system.

From 2011 to 2014 he held an academic position of Senior Lecturer (Physiology) at the School of Science and Health at the Western Sydney University where he engaged in Biomedical Engineering and Neuroscience (BENS) research program at MARCS Institute for Brain, Behaviour & Development.

Since 2014 he is at the Department of Physiology, School of Medical Sciences, UNSW Medicine in Sydney. In the role of a Senior Research Fellow he leads the Tactile research group at the Neuroscience Research Australia (NeuRA).

His research primarily comprises range of studies related to the function of tactile receptors and sensorimotor control of the human hand. However, his ultimate goal is to use this fundamental knowledge and develop two branches of collaborative networks - one with clinicians, which would be aimed to develop new methods for evaluation of sensorimotor function in different groups of patients, while the second branch would be aimed to work with biomedical engineers to create artificial sensors and control algorithms for prosthesis and robotic manipulators resembling functionality of the human hand.

Macefield V.G., Birznieks I. The effects of tonic muscle pain on the sympathetic and somatic motor systems in human subjects. NHMRC Project Grant Funding Round. App Id: APP1028284 $447,350; Funding for 2012-2014

Our research comprises a range of studies related to the sense of touch in various contexts being it clinically relevant like for example stroke, pain, diabetic neuropathy, loss of limb or solving engineering problems by borrowing ideas from biological systems to build dexterous robotic manipulators and prosthesis which can also feel.

Our research program is interdisciplinary and relies on innovative platform capabilities linking the neurosciences, medicine and engineering disciplines.

Touch receptors in the fingertips communicate with the brain using short electrical impulses also called spikes. My research is about how those impulses encode information and how it is interpreted by the brain. To address these questions we have learned to create those exact patterns of spikes in touch neurons using non-invasive mechanical stimuli. This technology is unique to our laboratory and has been developed over several years of tight collaboration between Dr Richard Vickery and me. We have gained unprecedented access to neural communication at the level of single neurons and the ability to investigate how spiking activity in those neurons influences perceptual experience. With this knowledge of neural code and non-invasive access to the communication channel we can “trick” the brain into thinking it is touching objects that are our artificial constructs.

The dexterity of the human hand still remains unmatched by the most advanced artificial devices - largely because it is not understood how relevant sensory information is extracted and utilised. My research builds upon interdisciplinary technologies integrating sensory and computational neuroscience and biomedical engineering. It is directed to gain understanding of the sophisticated sensory and motor control mechanisms underlying the unique human ability to manipulate objects and use tools. Extending beyond the fundamental scientific focus of understanding sense of touch, this research is aimed to inform the development of next generation sensory-controlled bionic systems and tele-sensory haptics devices including telesurgery robots.

Recovery of hand dexterity after stroke cannot be achieved in the absence of tactile sensory information, but the interpretation of this input requires that orderly somatotopic representation of hand’s skin has to be preserved. Unfortunately, this is not necessarily the case after substantial reorganization of neural connectivity following brain tissue damage due to stroke. This research is important as without tactile sensory information, functional use of the hand is hardly possible, even when motor system is intact. Rehabilitation efforts that do not address this can bring only limited improvements.