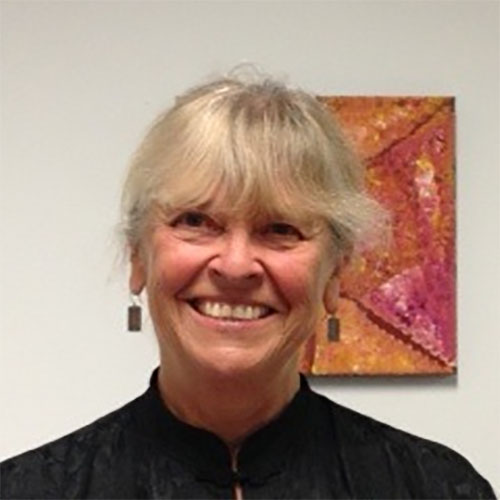 Before coming to Australia in 1995 I was a Principal Lecturer at Sheffield Hallam University where I was Course Director for the Masters degree in Documentary in the Northern Media School. Prior to that I was: Head of Producing at the National Film & Television School; Founder Director of the Edinburgh International Television Festival; Series Producer for a radical science series at Central Television (for Channel 4); Head Production at Granada Television as well as researcher on the investigative current affairs programme, World In Action and presenter on the daily news programme, Granada Reports; freelance author, journalist and filmmaker.

From 1995-2001 I was Head of Screen Studies at the Australian Film, Television & Radio School (AFTRS). From 2001-2009 I was a consultant in cineliteracy to the NSW English Teachers Association and the NSW Department of Education & Training, Honorary Associate at the University of Sydney and Honorary Research fellow at AFTRS. During this period I studied for my PhD at the Centre for Cultural Research at the University of Western Sydney. My thesis is entitled: Hollywood and its Others: Porous Borders and Creative Tensions in the Transnational Screenscape. In 2009 I was appointed Associate Professor in the School of Communication (later the School of Communication and Creative Industries) at Charles Sturt University, Bathurst, NSW. I am now in the School of the Arts & Media at UNSW (Australia) on the Kensington campus and live at Bondi.

In 2014 I joined the School of the Arts and Media (SAM) after being Deputy Director (2012) and then Acting Director of the Journalism & Media Research Centre throughout 2013 when the Centre was successfully integrated into SAM. I am a frequent Visiting Professor to the Japanese Institute for Moving Images (JIMI) and was actively involved in designing and setting up their Cineliteracy course for undergraduates. My publishing activities include: Series Editor of Australian Screen Classics (Currency Press and the National Film & Sound Archive), Associate Editor and referee for the two Australian Teachers of Media (ATOM) journals, Metro and Australian Screen Education, and founding Editor and Board member of the online interdisciplinary journal, Fusion, working closely with former colleagues at Charles Sturt University and with the University of Lincoln (UK). I am also a member of the Editorial Board of the Routledge series, Media, Culture and Social Change in Asia. Previously a Board Member of the Sydney Film Festival, I remain actively involved in this and several other film festivals.

In addition to consulting, teaching and publishing in film and screen studies, screen literacy, visual media and communication, I have a production background in television and documentary film and have written on subjects including cinema, censorship, sex education, socio-linguistics, feminism, human rights and cosmopolitanism. A committed anti-censorship campaigner, I am a founder-member of ‘Watch on Censorship’. I am also a frequent broadcaster on television and radio and a film critic for ABC Radio 702. I'm the author of eight books of which the most recent are: Jedda (Currency Press/NFSA, 2012); Loving and Hating Hollywood: Re-framing Global and Local Cinemas (Allen & Unwin, May 2009); The Money Shot: Cinema, Sin & Censorship (Pluto, 2001). My documentary films include: Yilmaz Guney: His life, His Films (Channel 4) about the late Kurdish-Turkish director whose film Yol won the Palme d’or at Cannes in 1984; and Rape: That’s Entertainment? (BBC1) about the representation of sexual violence towards women in cinema.

1989      Womanwords: A Vocabulary of Culture and Patriarchal Society. In UK: Longman, Virago  Press; In US: The Free Press, Henry Holt. Also translated and published in Taiwan (1997)

1973      Turkey: Torture and Political Persecution, Pluto Press, London. Co-winner of the Society of Young Publishers 'Book of the Year' award.

2014      ‘Sojourner Cinema: Towards a Geocinematics of Cosmopolitanism.’ Framework: The Journal of Cinema & Media, 55:1 (in press)

2013      ‘Popular Screen Culture and Digital Communication Technology in Literacy Learning: Towards  a New Pedagogy of Cosmopolitanism’, with B. Green, in  Journal of Popular Film & Television. 41:2;  ‘The Sydney Film Festival and the Canon’, Sydney Film Festival 1954 to Now: A Living Archive. Sydney: SFF; ‘From confusion to fusion: The birth of a new academic, peer-reviewed, online journal’,  Fusion, 1:1 (ISSN 2201-7208); ‘Situating the ‘Beyond’: Adventure-learning and Indigenous Cultural Competence’, with B. Hill, Discourse. 34: 1.

In 2013 I chaired the Film Critics Circle of Australia film panel at the Melbourne International Film Festival and delivered the keynote lecture, ‘The Future for Visual Communication’, at the Intelligent Information Symposium, Sydney.

At recent Sydney Film Festivals I have introduced the films screening in the retrospectives for directors such as Bertolucci, Altman and Scorsese) and intoruced and interviewed numerous guest directors. I have been a judge for the ATOM film Awards, the Sydney Underground Film Festival and for the annual Film Critics Circle of Australia awards.

As an advisor, I compiled the Reader for the undergraduate 4th year specialisation in Cineliteracy for the Japanese Institute of Moving Images introduced in 2013.

In my previous position as Associate Professor of Communication in the School of Communication & Creative Industries at Charles Sturt University (2009-2012), I was the Honours and Postgraduate Coordinator, taking a special interest in developing the professional practice research doctorate whose students I taught and supervised.

At UNSW, my HDR students are studying a range of screen topics that include: the education/entertainment nexusof contemporary television; feature film soundscapes; challenges to conventional patterns of film distribution and exibition; feminist reperesentation in TV animation series; sex,gender and power in the postfeminist romantic comedy feature film; the cultual inmpacts of Film Distribution; The fragmented self revealed through supernatural manifestations in Female Gothic cinema.