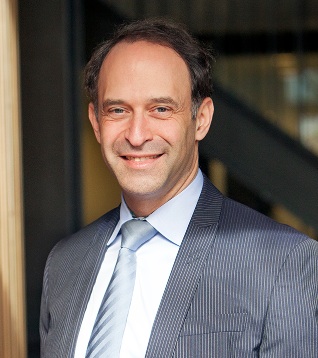 He previously held an NHMRC Neil Hamilton Fairley Postdoctoral Research Fellowship, which allowed him to study in the Departments of Medicine and Clinical Biochemistry, University of Cambridge, Addenbrooke’s Hospital, Cambridge, UK (2005-6, Supervisors: Prof Stephen O’Rahilly and Dr Sadaf Farooqi). He undertook a PhD at the Garvan Institute from 2001-2004, under the supervision of Prof D Chisholm, Prof L Campbell and Prof K Samaras). He graduated from the Faculty of Medicine with Honours (class 1) from the University of NSW in 1995.

Our recent discoveries have identified a group of overweight and obese humans who appear to be at lower risk of diabetes and heart disease than other obese individuals. A major focus of our laboratory is to establish the factors that confer this metabolic protection and to devise a set of clinical criteria that will assist in their identification in clinical practice. The outcome of this research will expand our knowledge regarding the relative importance of metabolic abnormalities, such as abdominal and liver fat, on the development of insulin resistance and diabetes. We will find out what protects the overweight and obese people and whether they remain at lower risk of metabolic disease over long periods of time.

Another focus of our group is the identification of specific genetic defects that cause diabetes and obesity in humans. The conditions we are studying are monogenic or single-gene obesity disorders (including melanocortin 4 deficiency), lipodystrophies (partial and generalised) and monogenic diabetes (previously known as MODY - Maturity Onset Diabetes of the Young). Major improvement in insulin resistance after bariatric surgery in a lipodystrophy due to a novel gene has just been reported for the first time.

Other studies have established the effects of glutamine, an amino acid, on metabolism, both in isolation and in combination with a new diabetes medication. Glutamine appears to have a promising effect on glucose lowering in the post-meal state and may offer a simple, novel and effective treatment in type 2 diabetes. We are studying the effects on an alkaline diet on insulin sensitivity in humans, to determine whether there is any scientific evidence that this approach improves metabolic health.

We have undertaken collaborative studies with the Department of Clinical Pharmacology at St Vincent's Hospital to study the effects of metformin, particularly in relation to specific genetic variations in humans.