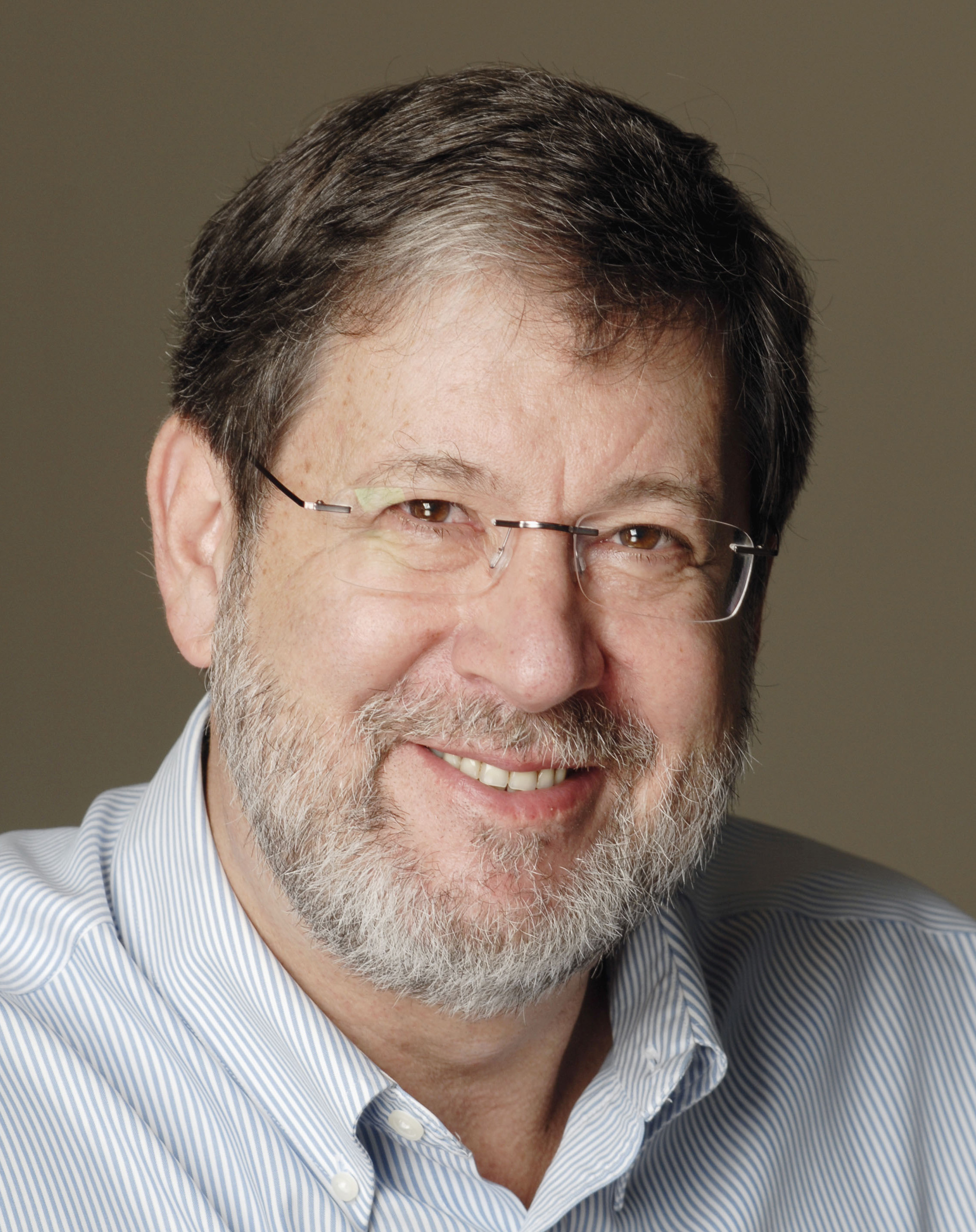 John Mattick is SHARP Professor of RNA Biology at UNSW Sydney. He was recently previously Executive of Genomics England (2018-2019), and Director of the Garvan Institute of Medical Research in Sydney (2012-2018), where he established one of the first HiSeq X10 sequencing and clinically accredited genome analysis facilities. He was previously the Foundation Director of the Institute for Molecular Bioscience and the Australian Genome Research Facility at the University of Queensland. He has published over 300 research articles and reviews, which have been cited over 80,000 times. He is a Fellow of the Australian Academy of Science, the Australian Academy of Health & Medical Sciences, and the Australian Academy of Technology & Engineering. He is also an Associate Member of the European Molecular Biology Organization. He has received numerous awards including the inaugural Gutenberg Chair at the University of Strasbourg, the International Union of Biochemistry and Molecular Biology Medal, the Human Genome Organisation Chen Medal for Distinguished Academic Achievement in Human Genetics and Genomic Research, and the University of Texas MD Anderson Cancer Center Bertner Award for Distinguished Contributions to Cancer Research.

John Mattick obtained a BSc with First Class Honours in Biochemistry from the University of Sydney, and a PhD in Biochemistry in 1978 from Monash University in Melbourne, on the topic of mitochondrial DNA replication and mutation. He then undertook postdoctoral work at Baylor College of Medicine in Houston Texas, on the architecture and function of the fatty acid synthase complex, which is now the standard treatment in biochemistry textbooks. He then returned to Australia where he developed a recombinant DNA-based vaccine against ovine footrot at the CSIRO Division of Molecular Biology in Sydney. In parallel his laboratory pioneered the genetic analysis of type IV pili, which are surface filaments involved in host attachment and surface translocation by a wide variety of bacterial pathogens, including the cloning and characterization of most of the genes involved. His laboratory was also the first to recognize that these structures are a subset of an evolutionarily and functionally related supersystem involved in the architecture and assembly of surface complexes in bacteria, which have been adapted to protein export, DNA uptake and host colonization.

In 2012 he became the Executive Director of the Garvan Institute of Medical Research in Sydney, where he established one of the first HiSeq X10 sequencing and clinically accredited genome analysis facilities. In 2018 he was appointed Chief Executive of Genomics England, where he led the development of the UK 2019-2023 national vision and plan for the development of genomically-informed healthcare. He returned to Sydney in 2020 as the Professor of RNA Biology in the School of Biotechnology and Biomolecular Sciences at UNSW.

He was Chair of the Organising Committee of the 1999 Human Genome Meeting (HGM’99, Brisbane), and a member of the Scientific Program Committees of HGM’98 (Turin) and HGM’2000 (Vancouver). He was also Chair of the Interim Review of Genome Canada’s Competition I and II Projects and Platforms, and the Review Panel for the Renewal of Genome Centres, in 2002, 2004 and 2005, respectively.  He was a Foundation Member of the Board of the Australian National Genome Information Service (ANGIS) and a Member of the Council of Scientists of the Human Frontier Science Program (HFSP). He has served on project grant and fellowship selection committees for several national and international research funding agencies, including Genome Canada, the Wellcome Trust, the National Health and Medical Research Council, and the Australian Research Council, among others.

From 1997-2003 he was a member of the Australian Health Ethics Committee (AHEC) and the Research Committee of the National Health and Medical Research Council, where he was involved in the development of the National Statement on the Ethical Conduct of Research involving Humans, the joint Australian Law Reform Commission (ALRC) / AHEC Commonwealth Enquiry into the Protection of Human Genetic Information, the Committee to Revise the Ethical Guidelines on Assisted Reproductive Technology, and the ALRC Reports on Gene Patenting and Genetic Privacy. He was an invited Expert Witness at the 2001 New Zealand Royal Commission on Genetic Engineering, and a participant in the EINSHAC Conferences on Genetics and the Law in 2001 (Hawaii) and 2003 (Sydney). He was also Chair of the Queensland Studies Authority (2004-2007), which oversees curriculum development and assessment in that state, and am a member of the Advisory Boards of several research institutes in Australia and abroad.

Professor Mattick's research interests have been focused for the past two decades on the role of regulatory RNAs in the evolution and development of complex organisms. He developed the thesis that the majority of the genome of humans and other complex organisms, previously considered to be ‘junk’, is devoted to a vastly expanded regulatory architecture that is transacted via RNA and which contains the endogenous program that directs the epigenetic trajectories of differentiation and development.

He has published over 300 research articles and reviews, which have been cited over 80,000 times (Google, h-index 126; Scopus >50,000 citations, h-index 105). His work has received editorial coverage in Nature, Science, Scientific American, New Scientist and The New York Times, among others. It has also been highlighted in two books: The Deeper Genome by John Parrington, and Promoting the Planck Club by Don Braben. He has delivered over 160 invited keynote and plenary lectures at national and international meetings.

The genomic programming of complex organisms appears to have been misunderstood. The human genome contains just 20,000 protein-coding genes, similar in number and with largely orthologous functions as those in other animals, including nematodes that have only 1,000 cells. By contrast, the extent of non-protein-coding DNA increases with increasing developmental complexity, reaching 98.7% in humans. Moreover, while most severe disorders are due to disabling mutations in protein-coding genes, the noncoding genome is the location of the vast majority of genetic variations affecting complex human traits and diseases.

It is also now clear that virtually the entire genome is differentially and dynamically transcribed to produce not only mRNAs but also tens if not hundreds of thousands of small RNAs and long non-protein-coding RNAs (lncRNAs) that are expressed intronically, intergenically and antisense to protein-coding genes. Both mRNAs and lncRNAs are subject to extensive alternative splicing, as well as the use of alternative promoters and polyadenylation sites, and other forms of post-transcriptional processing – with genes encoding RNAs and proteins within and overlapping other genes in an extraordinarily complex transcriptional symphony, which is different in different cell types, with each genomic region capable of producing a myriad of mRNA and regulatory RNA isoforms.

Most noncoding RNAs exhibit highly specific expression patterns and subcellular locations. Many have evolved rapidly under positive selection for adaptive radiation, and increasing numbers have been shown to have important roles in development, brain function, cancer and other diseases. They function at many different levels of gene expression and cell biology, including translational control, formation of subcellular (phase-separated) domains, and guidance of the epigenetic processes and chromatin dynamics that underpin development, brain function and physiological adaptation. Plasticity on these regulatory circuits has been superimposed by RNA editing, RNA modification and retrotransposon mobilization, especially in primates. These discoveries mean that the assumption that combinatorial control by transcription factors and other regulatory proteins is sufficient to account for human ontogeny is incorrect, as are circular assumptions about the neutral evolution of the genome. The challenge now is to determine the structure-function relationships of these RNAs and their mechanisms of action, as well as their place in the decisional hierarchies that control human development, cognition and disease susceptibility.