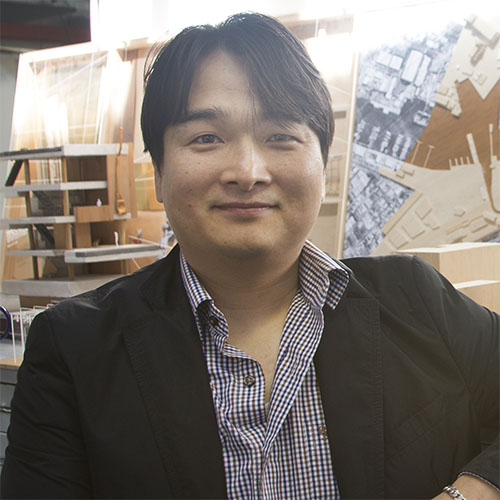 I am a Senior Lecturer in Architecture and Computational Design in the School of Built Environment, Faculty of Arts, Design and Architecture (ADA), UNSW Sydney. I am also an esteemed Scientia Academic and an ADA Research Fellow at UNSW Sydney. After a five-year professional career in the architecture and construction industries (1998-2002), I have taught various digital design courses including Building Information Modelling (BIM), Documentation Technologies and 3D Design Studio. I as a senior lecturer completed a five-year post-doctoral fellowship at the University of Newcastle (2012-2017) and I was a senior research fellow at the University of South Australia in 2018. Before becoming a visiting academic at Newcastle in 2011, I had held multiple research and teaching roles in South Korea (2003-2011). My research has used architectural computing and design cognition to examine and improve the creation of a range of building types, while my PhD study sought to craft and propose consensual strategic planning schemes for mixed-use development to support urban regeneration. I am co-author with Michael J. Ostwald of Grammatical and Syntactical Approaches in Architecture (IGI Global 2020) and co-author with Michael J. Ostwald and Ning Gu of Design Thinking: Creativity, Collaboration and Culture (Springer 2020)

I have been awarded eight competitive research grants with a total value of over $1M in Australia and South Korea, working with multi-disciplinary industrial partners. My research also includes national building technology projects such as context-aware smart home and a construction infrastructure technology program. I have sought to ensure designs for the built environment are coherent, clear and accessible.

In Australia, I led two externally funded research projects, supported by an Office for Learning and Teaching (OLT), and an Australia-Korea Foundation of the Department of Foreign Affairs and Trade (DFAT), with many international/ national partners and reference groups. My recent cognitive research, Design and Language, has a significant impact on breaking down the barriers to achieving efficient and sustainable interactions between people in design teams, particularly those in the Asia–Pacific region.

Architectural design and computing
I developed a Glenn Murcutt shape grammar in 2012 (as part of ARC DP1094154 – “Computational analysis of the 20th century architecture”), proposing a new mathematical approach to analysing and generating design instances within a specific language of architectural design. The final output was invited to present a fully funded, plenary talk at Cultural DNA Workshop 2017. I have further developed an innovative method that combines Shape Grammar and Space Syntax approaches to offer a rigorous way of understanding an architectural style and then producing variations of that style. The two approaches have only rarely been connected in the past. This research has provided a new critical knowledge base about architecture in terms of forms, styles and spatial configurations. In 2016, I undertook a strategic pilot grants project, “New computational tools for assessing spatial and social cognition in aged-care environments”, which syntactically examined Australian and Korean facilities as well as hypothetical designs reflecting ‘best practice’ in the industry. These grammatical and/or syntactical studies over the eight years have resulted in a co-authored book, presenting advances into two of the areas of research.

Design cognition
Involved in strategic research on design computing and cognition in 2011, I developed a methodological framework for exploring parametric design processes. I also advanced protocol analysis techniques to analyse architectural design protocols. These works assisted in the development of HDR students’ formal methodologies and attracted a strong audience’ interest at international conferences such as Design Research Society (2012) and Design Computing and Cognition (2012) – invited to present in a plenary session. In late 2012, I started my own cognitive project, “Formal evaluation of creativity on parametric design”. I developed an innovative research framework, combining protocol analysis (process) and a consensual assessment technique (product), to investigate creativity in parametric design. Such a conceptual framework has not previously been available and is a catalyst for this research program on the language of design.
My strategic pilot project (2014) on multi-cultural design communication was the first study into the relationship spatial cognition and spatial language in the field of architectural design. This research has proposed a significant conceptual leap viewing design cognition from a linguistic perspective and was invited to be published in a special issue of International Journal of Architectural Computing.
Awarded an international relations grant from the DFAT in 2016, I organised two ‘Design and Language’ symposiums (2016 Seoul, 2017 Newcastle). I also initiated a cross-cultural network, ‘Australia–Korea design language group’, to develop educational, cultural and industrial links between Australia and South Korea. My OLT project (2016-18) have also developed pedagogical solutions to the linguistic and cultural barriers in design education. It developed 23 design protocols produced by Australian and Asian architectural students from four architecture schools in Australia. It also recorded and examined two sets of interviews, (1) focus-group interviews and (2) face-to-face interviews. Since this multi-focused research contributes to fundamental knowledge-building pertaining to how different cultures understand and communicate design, it was invited to deliver keynotes at (Co)Design events (2017).