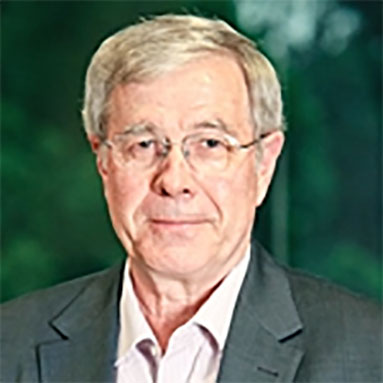 Julian Disney has been an Honorary Professor in the Law Faculty at the University of New South Wales since 2016. He was previously a Professor and Director of the Social Justice Project in the Law Faculty from 2000-2015, and the Professor of Public Law and Director of the Centre for International and Public Law at the Australian National University from 1995-97. Other past appointments include NSW Law Reform Commissioner (full-time1976-82, part-time 1982-85); Coordinator of the NSW Welfare Rights Centre (1983-90); President, Australian Council of Social Service (1985-89); World President, International Council on Social Welfare (1996-2000); and Chair, Australian Press Council, 2009-14.

He has chaired official government inquiries into affordable housing, assistance for disadvantaged jobseekers, and the national Job Network scheme. He has been a member of a number of Commonwealth Government advisory committees, including the Economic Planning and Advisory Council, Australian Language and Literacy Council, National Board of Employment, Education and Training, Social Security Advisory Council, Administrative Review Council, Superannuation Advisory Council and Housing Access Council. He has also been a member of several Australian Government delegations to overseas conferences.

Julian Disney chaired the National Affordable Housing Summit group (a coalition of industry, union and community organisations) from 2004-2011. He also chaired the National Community Tax Forum (a coalition of welfare, union and consumer groups), the Public Interest Advocacy Centre and the Board of the NSW Energy and Water Ombudsman. He established the National Anti-Poverty Week in 2002 and was the National Chair from then until 2018. He has been a member for more than ten years of the Board of Governors (and its successor, the Leadership Council) of the Committee for the Economic Development of Australia. He has also been engaged as a consultant by a number of Commonwealth and State ministers, business organisations, welfare agencies and community groups.

He has been the principal author or editor of books, reports and articles on the legal profession, social security, taxation, housing, unemployment, social welfare, public administration and governance. He has written chapters for books on the history of the Hawke and Howard governments, as well as on future directions for Australia.   He has been invited to deliver a number of graduation addresses and commemorative orations, including the Roma Mitchell Oration and the inaugural Don Dunstan Oration. He has also been a frequent media commentator on a wide range of legal, economic, social and other issues, including through invited addresses to the National Press Club. While at UNSW and ANU he taught courses on the legal profession, litigation, parliament, global governance and social justice.

Julian Disney was awarded an LLB degree with First Class Honours by the University of Adelaide and was the South Australian Rhodes Scholar for 1970. He was appointed in 1994 as an Officer of the Order of Australia (AO) for services to the development of economic and social policy and to the law. In 1999 he was awarded an Honorary Doctorate of Laws (LLD) by the University of New South Wales. In 2001 he was one of the five recipients of a special Australian Achievement Award by the National Australia Day Council.

Officer of the Order of Australia (AO)