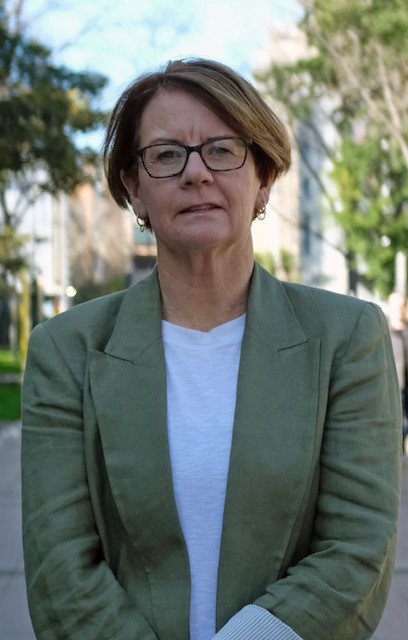 Prior to joining UNSW in 2004, she worked as the Director of the Business and Human Rights program at the Lawyers Committee for Human Rights (now Human Rights First) in the USA. This work examined ways in which to prevent and redress corporate violations of human rights. During this time Justine advised both companies and civil society organisations on effective strategies to protect human rights in the corporate sphere and was closely involved in the establishment of the Fair Labor Association.

She has also worked in both public interest and private legal practices and continues to hold various expert advisory roles. In 2020 Justine was appointed to the Australian Government's Modern Slavery Expert Advisory Group. Other appointments include the Australian Government's Multi-Stakeholder Advisory Group on Business and Human Rights (2017) and the Australian Department of Foreign Affairs and Trade & Ausaid's Human Rights Grants Scheme Expert Panel (2009-2013) which provided practical financial support for small community-based projects to promote and protect human rights in developing countries. She was an advisory member of NSW Legal Aid's Human Rights Panel (2012-2017). Justine has given guest lectures at a number of universities including more recently Yale, NYU, Stanford, UC Berkeley, University of Geneva, Columbia University, City University Hong Kong and the University of Hong Kong. She has consulted to a range of organisations including UNICEF, UNDP, companies and NGOs. From 2006-2017 she was the Deputy Director of the Australian Human Rights Centre and from 2016-2019 she served as Associate Dean Academic at UNSW Law. She is a Visiting Professorial Scholar at NYU's Stern Center for Business and Human Rights. In 2019 she was named 'Academic of the Year' at the Australian Law Awards. She is a member of the Editorial Board of the Business and Human Rights Journal and the Executive Editor of the Australian Human Rights Journal.

'Corporate Dependence on Outsourcing is Resulting in Modern Day Slavery' Global Trade, May 17, 2016

'Companies shouldn't be able to hand-pass footballs made by children' The Sydney Morning Herald September 24, 2012

‘Global scourge of corporate buck-passing on workers' rights’ The Sydney Morning Herald June 10, 2010. (Also featured in The Age and The Canberra Times)

'Games spirit stifled under an iron fist' The Age August 4, 2008

On 25 April 2007, AHRC Deputy Director Justine Nolan was interviewed for Radio Australia regarding a landmark lawsuit that has been filed against Yahoo in the district court of California, USA alleging the internet giant's practices in China have led to human rights violations. Wang Xiaoning and his wife Yu Ling filed the suit and accuse Yahoo of being directly responsible for Wang's arrest, 10 year prison sentence and alleged torture. Justine Nolan discusses the human rights responsiblities of companies like Yahoo and the legal loopholes that currently exist in the field of corporate responsibility. http://www.radioaustralia.net.au/connectasia/

'Brought to account: the business of honour in the boardroom', Sydney Morning Herald, July 23, 2004. View Article

In 2018 I received the Vice Chancellor's Award for Teaching Excellence.