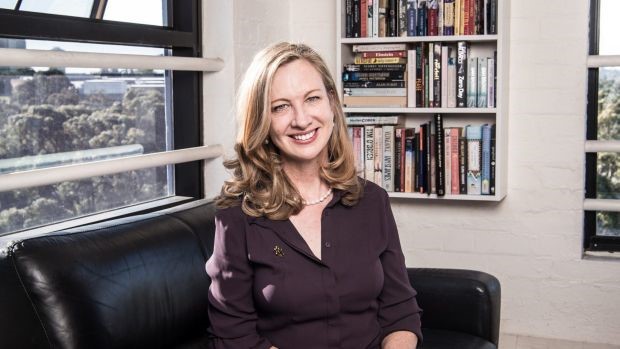 Professor Karen Canfell is Director of the Cancer Research Division at Cancer Council NSW and current Conjoint Professor at UNSW. She holds a D.Phil. (PhD equivalent) in Epidemiology from the University of Oxford.

Her work involves the evaluation and translation of new strategies for cancer prevention, screening and control. A focus has been the interplay between HPV vaccination and cervical screening in both high and low resource countries. She has led economic evaluations of new cervical screening approaches for government agencies and her group’s work also underpins the transformation of the National Cervical Screening Program in Australia which in 2017 moved to HPV DNA testing to replace Pap smears. In collaboration with the Victorian Cytology Service, she initiated Compass, which is Australia’s largest clinical trial (84,000 women), to assess cervical screening in an HPV-vaccinated population – Compass is the first trial of its kind internationally. In addition to working on new approaches to cervical screening, researchers in her team have active projects to quantify the benefits, harms and cost-effectiveness of the National Bowel Cancer Screening Program, to evaluate the role of risk-based breast cancer screening, to evaluate screening for Lynch Syndrome, and to assess potential new strategies for PSA testing and lung cancer screening.

Karen is active in global health in both high income and low and middle-income countries. She is currently working with WHO as lead of one of three modelling groups (others at Harvard and University Laval Canada) modelling global cervical cancer elimination to support the current WHO strategic planning process for elimination. Her current and past collaborative projects span the USA, the UK, New Zealand, Australia, China, Vietnam, and Malaysia. Over the last five years her group, in collaboration with Dr. Freddy Bray at IARC, has developed projections of global cervical cancer rates to the end of the century under various HPV vaccination and screening scenarios, and results were recently published from the first tranche of work.

She leads a Centre of Research Excellence in Cervical Cancer Control funded by Australia’s National Health and Medical Research Council which has a regional global cervical cancer control agenda. She holds many sources of funding from national and international agencies including the NCI USA and is co-PI for CISNET-Cervical, a major endeavour to model HPV and cervical cancer control in the USA.

She is a Board Member of the International Papillomavirus Society and AOGIN and co-chaired the Executive Scientific Committee for the major meeting for HPV researchers, IPVC 2018, which had an elimination theme and was held in Sydney, October 2018.

In 2015, Karen received an Australian National Research Excellence Award for the highest-ranked Career Development Fellowship in Population Health and was nominated as one of ‘100 Women of Influence’ in the Westpac/Australian Financial Review national awards. In 2019 Karen was elected a fellow of the Australian Academy of Health and Medical Sciences. In 2019 she was a keynote speaker at the World Cancer Leader’s Summit.