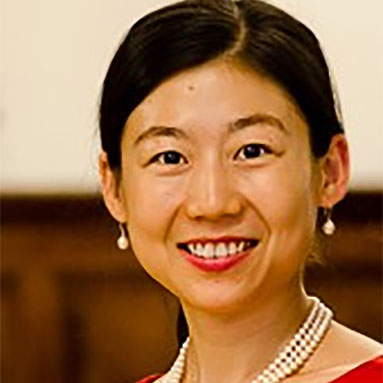 Fan Kun is Associate Professor of UNSW Law's Herbert Smith Freehills China International Business and Economic Law (CIBEL) Centre. Her teaching and research focus in the area of Alternative Dispute Resolution (ADR), Online Dispute Resolution (ODR), comparative legal studies, and law and society. Professor Fan has studied and worked in China, Singapore, U.S.A., Switzerland, France, Hong Kong and Canada, and speaks Chinese, English and French. With her training in both the East and the West, in both common law and civil law jurisdictions, she is particularly interested in broad intellectual inquiries across national, disciplinary and professional boundaries. Before joining us, Professor Fan was an Associate Professor at the Faculty of Law at McGill University in Canada and was named the Norton Rose Fulbright Faculty Scholar in Arbitration & Commercial Law in 2017. She has also taught for seven years at the Chinese University of Hong Kong (2009-2016) and was a Visiting Scholar of the Harvard Yenching Institute at Harvard University (2012-2013).

Apart from academic research, Professor Fan also has extensive experience in ADR practice, and has worked as counsel, legal expert, secretary for the arbitration tribunal, arbitrator and domain names panellist in a number of international arbitrations and domain name disputes, and has overseen over a hundred arbitrations administered by the ICC International Court of Arbitration when she worked as a Deputy Counsel. She is called to the New York Bar, a Member of the Institute of Transnational Arbitration Academic Council, an Executive Committee Member of International Task Force on Mixed Mode Dispute Resolution, an Executive Council Member of the China Academy of Arbitration Law, a Domain Names Panelist of the Hong Kong International Arbitration Center (“HKIAC”) and the Asian Domain Name Dispute Resolution Centre (“ADNDRC”), a Member of the Chartered Institute of Arbitrators, an Accredited Mediator of the Hong Kong Mediation Accreditation Association Limited, and an Arbitrator of a number of arbitration institutions in China.