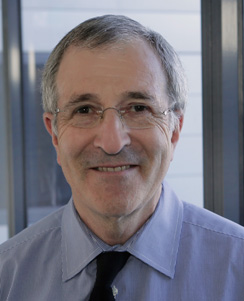 Dr Leo Leader is an Honorary Associate Professor in the School of Women's and Children's Health. He is also a senior consultant obstetrician and gynaecologist at the Royal Hospital for Women.

Dr Leader’s undergraduate training in medicine was at the University of Cape Town, South Africa. He completed a Diploma in Anaesthesia (DA) through the Royal College of Surgeons in London in 1974. His postgraduate training in Obstetrics and Gynaecology was both in London and at Groote Schuur Hospital, Cape Town.

He has served as an invited assessor for national medical research organisations in Australia, the United States and Hong Kong and is an invited reviewer for a number of leading international scientific journals.

He used to conduct a fertility clinic at the Royal Hospital for Women as well as a clinic in the gynaecology department providing specialist colposcopy services for women with abnormal Pap smears.  Dr Leader also used to conduct a high risk obstetric clinic.

Assessment of fetal brain function during pregnancy using habituation to repeated stimulation. This is used to predict infant intellectual development. Research so far indicates that habituation is a sensitive predictor of development at 18mths and 3 years of age. The effects of prenatal maternal stress and anxiety on pregnancy and infant development and temperament. Vibroacoustic stimulation in labour as a predictor of fetal condition.