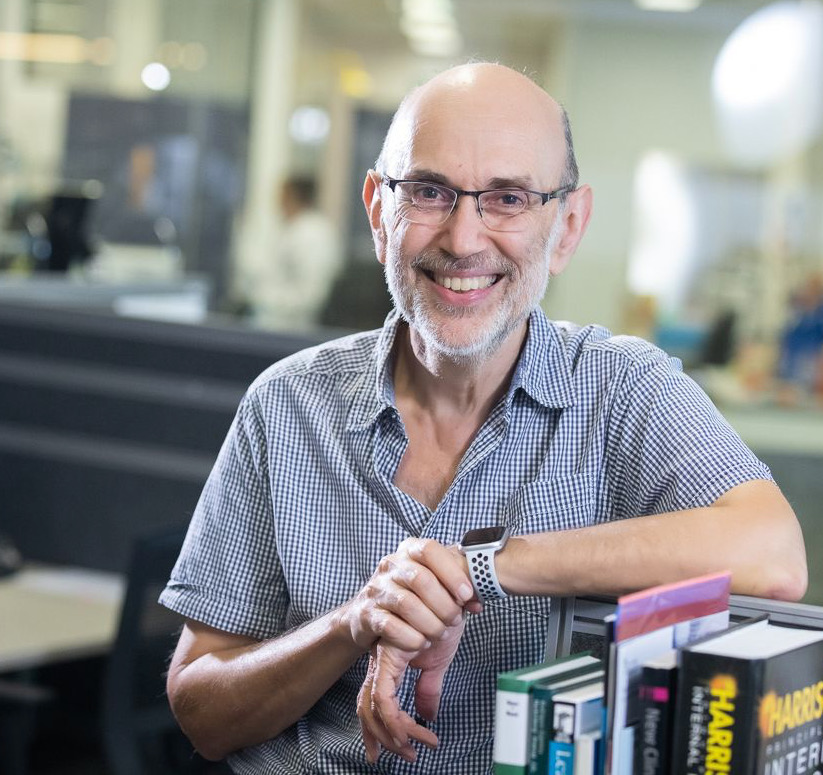 Professor Leslie Burnett is Visiting Scientist and Genetic Pathologist to the Clinical Immunology Research Consortium of Australasia (CIRCA), based at Garvan Institute of Medical Research. He is also Medical Laboratory Director of Invitae Australia, which provides clinically accredited diagnostic genomic pathology services.

Dr Burnett is a Clinical Pathologist, with scope of practice in both Genetic Pathology and Chemical Pathology (Clinical Chemistry). He is Adjunct Professor in the School of Clinical Medicine at the St Vincent’s Clinical Campus, UNSW Sydney, Honorary Professor in Pathology and Genetic Medicine in the Northern Clinical School, Faculty of Medicine and Health, University of Sydney, and has been an Honorary Associate of the School of Information Technologies at the University of Sydney.

He pioneered the development of a number of pathology and genetics initiatives, which are today mainstream clinical services. These include founding Australia’s first Community Genetics program, being Medical Director of Australasia’s first clinically accredited Whole Genome Sequencing laboratory, developing the world’s first pre-analytical quality assurance programs in pathology, and founding Australia’s national peak body for public pathology (now Public Pathology Australia). He has served as Ministerial appointee, Chairman, or President of a number of National and International bodies in pathology and genetics.

His current interests are in the areas of genetic pathology and genomics (especially in machine learning automation of clinical genomic diagnosis, and modelling of genomic population screening) and computational biology (especially in mechanisms of genomic regulation). He is a passionate teacher and communicator about the genetics and genomics revolution.

In 2022, Professor Burnett was appointed a Member of the Order of Australia within the Australian honours system, for “significant service to pathology, to medical research, and to professional societies”.