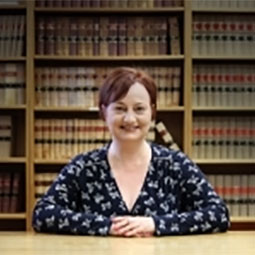 Linda Kirk holds a Master of Laws degree from the University of Cambridge, and a Bachelor of Laws degree with First Class Honours and a Bachelor of Economics degree from the University of Adelaide. She is currently completing her doctorate on comparative refugee status determination procedures at Monash University.
Linda is a part-time Senior Member of the Administrative Appeals Tribunal and Honorary Associate Professor at the Crawford School of Public Policy, Australian National University.
She was a legal academic in the Migration Law Program at the ANU College of Law from 2014-2018 and served as Sub-Dean and Deputy Director from 2015-16. From 2009-2014 she was a Senior Member of the Migration Review Tribunal and the Refugee Review Tribunal.
Linda was a Senator for South Australia from 2002-2008 and served as a member of the Senate Legal and Constitutional Committee and as the Deputy Chair of the Joint Standing Committee on Migration.  She was the Chair of the Australasian Chapter of the International Association of Refugee Law Judges (IARLJ) from October 2011 to July 2016. She is currently a member of the Council of the Asia-Pacific Chapter of the International Association of Refugee and Migration Judges (IARMJ) and the Rapporteur of the IARMJ Extraterritorial Processing Working Party.