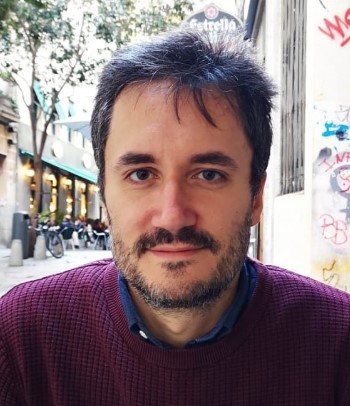 Dr Luca Modenese is a Senior Lecturer in Biomechanics in the Graduate School of Biomedical Engineering and recipient of a prestigious Scientia Fellowship. He was awarded a degree (summa cum laude) in Mechanical Engineering from the University of Padua in 2008 (Department of Industrial Engineering). After a brief period as Research Assistant, Luca started his doctoral training at Imperial College London, based in the Structural Biomechanics group. Luca received his PhD in 2013 and moved to Griffith University for a postdoc in the Centre for Musculoskeletal Research  (now part of Menzie Health Institute Queensland), under the supervision of Prof. David Lloyd. During this period, he was awarded a visiting scholar fellowship to visit the Neuromuscular Biomechanics Lab at Stanford University. He also spent time as visiting researcher at the Auckland Bioengineering Institute and at the University of Padua. In 2015, Dr Modenese moved to the Deparment of Mechanical Engineering of Sheffield University (INSIGNEO Institute for in silico Medicine). During this appointment, he was involved in the European Project MD-Paedigree and the EPSRC project MultiSim, developing methods to generate patient-specific musculoskeletal models. In 2017 Luca was awarded a prestigious Imperial College Research Fellowship for a project aiming to optimize the outcome of surgical interventions using a combination of advanced computational methods including patient-specific neuro-musculoskeletal modelling, finite element analysis and predictive simulations. He joined the University of New South Wales in 2022.

Dr Luca Modenese has wide interests in the field of computational biomechanics, with particular focus on:

He is a member of: