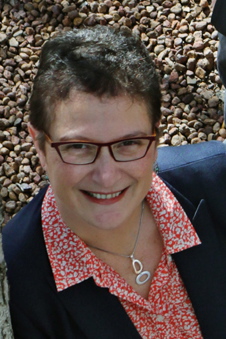 Professor Maria Kavallaris AM is Founding Director of the Australian Centre for NanoMedicine at the University of New South Wales, Head of the Translational Cancer Nanomedicine Theme at the Children’s Cancer Institute and a National Health and Medical Research Council (NHMRC) Principal Research Fellow. Maria is recognised for her innovation in driving multidisciplinary research in cancer nanomedicine. An outstanding scientific leader, she is internationally recognised for her research in cancer biology and therapeutics. Her research has identified clinically important mechanisms of resistance to cancer therapies, with her discoveries leading to patents, industry and clinical linkages for the development of cancer therapeutics and devices. Maria’s pioneering research has shown effective nanoparticle-based delivery of gene silencing material and chemotherapy, can reduce tumour growth in aggressive cancers.

Maria is Chair of the Australian Institute for Policy and Science, and a Life Member and past-President of the Australian Society for Medical Research. The impact of her research has been recognised many times, including via receipt of the Australian Museum Eureka Prize, as well as being named by the NHMRC as an Australian ‘high achiever’ in health and medical research. Recognition of her significant contributions to innovation is reflected in her being named in 2015 amongst the AFR/Westpac 100 Women of Influence (Innovation category), as well as the inaugural Knowledge Nation 100 – the ‘rock stars’ of Australia's innovation-driven new economy, and she received the 2017 Premiers Science and Engineering Award for Leadership in Innovation in NSW. In 2019, she was awarded the Lemberg Medal, a prestigious award bestowed by ASBMB; and has won both the 2019 UTS Chancellor’s Excellence Award and the 2019 UTS Alumni Excellence Award for Science. She is an elected Fellow of both the Australian Academy of Health and Medical Sciences and the Royal Society of New South Wales.  Maria was named the 2020 NSW Premier's Woman of the Year.

A recognised medical research leader, she has been appointed on government funding panels including NHMRC Research Committee and the Medical Research Future Fund Stem Cell Therapies Advisory Committee, where she contributes to high level policy. In 2019, Maria was appointed a Member (AM) of the Order of Australia for her significant service to medicine, and to medical research, in the field of childhood and adult cancers.