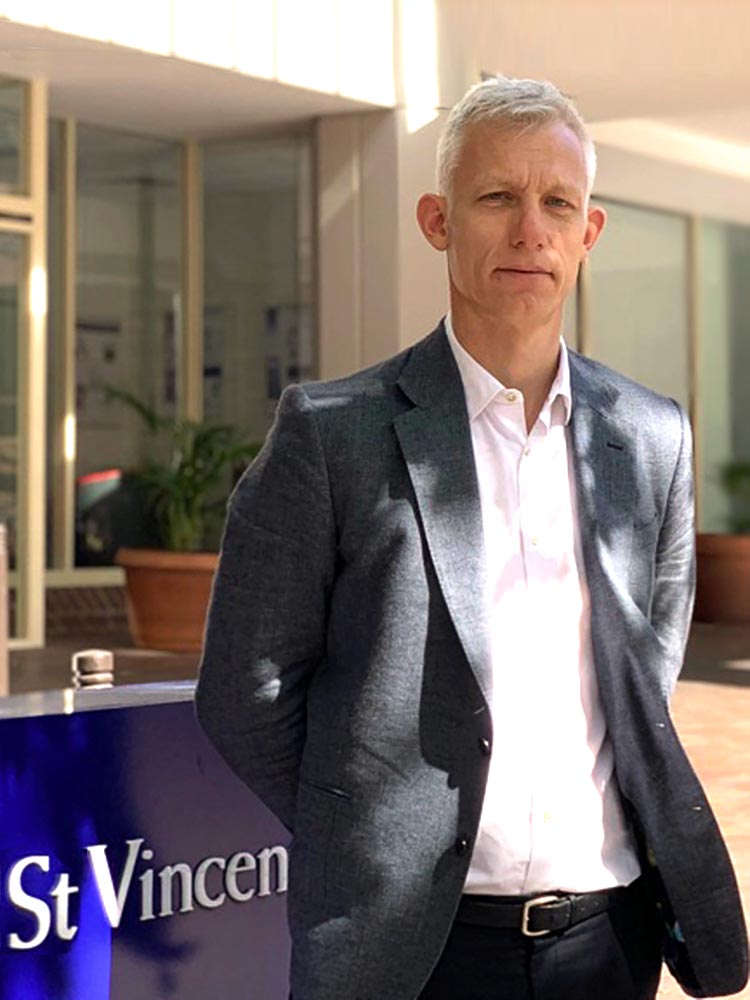 In total, he has obtained over $2 million in grant money, including both category 1 and category 2 funding. Almost all of these are as CIA or CIB. As outlined, many of these projects are ongoing. He currently have an NHMRC project grant (568850), which followed a UNSW FRG seeding grant. He has also received substantial and varied funding from: Cancer Institute NSW, UNSW, St Vincent’s Clinic Foundation, Curran Foundation, and the Australian Centre for HIV and Hepatitis Virology Research.

Currently, he is a Clinical Academic Gastroenterologist and Associate Professor of Medicine at St Vincent’s Hospital and Faculty of Medicine, UNSW. He completed his FRACP in Gastroenterology at Royal North Shore Hospital, Sydney, before continuing clinical training and research in London, UK. He completed a three-year hepatology fellowship and then a Doctor of Medicine, University of London. Through his post-graduate career he developed a broad skill set that includes: clinical medicine, laboratory based virology and immunology research, qualitative methods and epidemiology. His major focus has been HCV transmission, which has combined clinical and molecular epidemiology to characterise HCV transmission, particularly in the HIV infected population. He developed an interest in viral hepatitis during his Master of Public Health, University of Sydney 2002. This led a publication exploring fibrosis progression in HCV published in the Medical Journal of Australia (PMID:12197817). He completed his doctoral thesis through the University of London 2006 on HCV transmission. This was a multifaceted work that led to a number of important publications in the area (PMID:17457092). It culminated in an international collaboration defining the transmission of HCV in HIV populations (PMID:19422083). These cited publications provided important data which has guided clinical recommendations such as the European AIDS Network (NEAT) and the British HIV Association guidelines (BHIVA). He has consolidated this area as the principle investigator of the Defining Risk and Mechanisms of Permucosal Transmission of acute HCV infection within high-risk populations (RAMPT-C) study, an NHMRC project grant (568850) funded study, to explore HCV transmission in high-risk populations in Australia. It has led to invitations to be involved in international HIV collaborations, such as INSIGHT and NEAT.

With the dramatic changing landscape of viral hepatitis therapies, he has now expanded his collaborative research to include clinical translational study of the gastrointestinal immune system and the study of cirrhosis and non-invasive assessment of liver fibrosis. Related to HIV co-infection, he was a key member of the PINT study, exploring viral reservoirs in HIV infection in chronic and acute infection (PMID:21860347). In collaboration with other researchers he has successfully obtained significant research funding, including: Cancer Institute of NSW (CIB) and a UNSW Major Equipment grant (CIA), and ARC linkage grant (Associate Investigator). Most important of these is the development of in vivo confocal endomicroscope (CE) of the gastrointestinal tract. This ongoing project aims to develop labelling fluorescent domain antibodies to identify specific gastrointestinal mucosal cells while imaging the gastrointestinal mucosa. The CE will also form an integral part of future grants for inflammatory bowel disease.