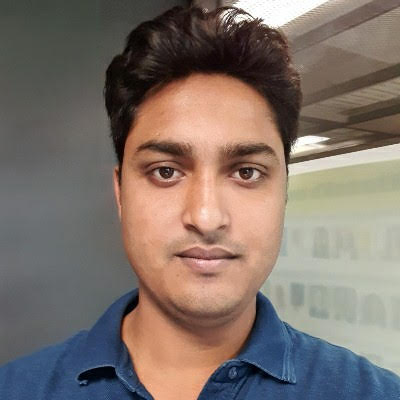 Md. Parvez Akter was born in Pabna, Bangladesh. He received the B.Sc.Eng. Degree in electrical & electronics engineering from Chittagong University of Engineering and Technology (CUET), Chittagong, Bangladesh, in 2011 and the M.Eng.Sc. Degree in power electronics from the University of Malaya (UM), Kuala Lumpur, Malaysia, in 2015. He was a research assistant (RA) with the Power Electronics and Renewable Energy Research Laboratory (PEARL), Department of Electrical Engineering, the University of Malaya from 2013 to 2016.
Mr Parvez is currently a Scientia PhD Scholar and pursuing his PhD degree with the Process Control Group, School of Chemical Engineering, University of New South Wales (UNSW), Sydney, Australia. He is an IEEE student member and also a Casual Academic in the School of Electrical and Telecommunication Engineering, University of New South Wales (UNSW), Sydney, Australia. His research interests include Batter Energy Storage, Renewable Energy. Power Converters and Electrical Drives, Bidirectional Power Conversion, and Energy Efficiency.

The use of battery-based energy storage systems is rapidly increasing due to the vast integration of renewable energy sources (RESs) into the current electricity networks. The vanadium redox flow battery (VRB) has a deep discharging capability, long cycle life, and high energy efficiency. Moreover, the VRB system circulates all-vanadium species in both symmetrical half-cells to avoid the cross-contamination which allows it to decouple the rated power generation and energy capacity. The rated power of the battery system is determined by the size of the cell stack, while the storage tank size defines the total energy capacity. This characteristic attributes the vast scalability and flexibility in cell designing and makes them particularly suitable for the grid-tied energy storage systems. The intermittent nature of the RESs provides the time-varying power fluctuations to the electricity grid. These fluctuations in time-varying input power bring significant challenges to the conventional charging control schemes of the VRB based energy storage systems. To overcome these challenges, this research proposes an advanced charging control scheme for the VRB system to deal with the variable input power. The proposed approach determines the appropriate charging current and the optimal electrolyte flow rate based on the available time-varying input power. Moreover, the charging current is bounded by the limiting current, which prevents the gassing side-reactions and protects the VRB from overcharging.

The Effects of Ripple Current on Vanadium Redox Flow Batteries

High-frequency current and voltage fluctuations created by the interfacing power converters can cause damages to many types of batteries, including lead-acid and lithium-ion batteries. To suppress these fluctuations, the existing design of the power converters typically uses bulky filters (inductors and capacitors). The use of large electrolytic capacitors leads to increased cost and reduced system reliability. On the other hand, vanadium redox batteries (VRB) may not be adversely affected by the high-frequency ripple current as these batteries have much higher mass transfer capabilities due to their solution-based charge-discharge reactions. Our previous studies have shown that the impedances of the VRBs are typically much lower at high frequencies, potentially leading to low voltage fluctuations caused by ripples in charging/discharging current. This research reports the experimental studies conducted using a laboratory-scale single VRB system under ripple current. Capacitor-less bidirectional synchronous buck-boost dc-dc converters with different designs are developed to generate charging/discharging currents with fluctuations of different magnitude and frequencies. The results of this study will help improve the design and control of power electronic devices for VRB systems.

The reliability of power electronic converters is crucial for battery-based energy storage systems. This reliability is mostly influenced by the dc-link capacitors, which are employed for reducing the voltage and current fluctuations. The voltage or current ripples affect the battery state-of-health for different solid-state reaction-based battery technologies, including lead-acid and lithium-ion batteries. However, unlike solid-state reaction-based conventional battery technologies, the vanadium redox flow battery (VRB) features solution-based charge-discharge reactions. Therefore, the VRB system possesses much higher mass transfer rates and may not be affected by the voltage or current ripples. Considering this characteristic of VRB, a capacitor-less bidirectional synchronous buck-boost dc-dc converter is proposed. The proposed converter is operated in current control mode to charge or discharge the VRB system up to a certain level of state-of-charge (SOC). The average charging or discharging current is controlled by a PI controller.