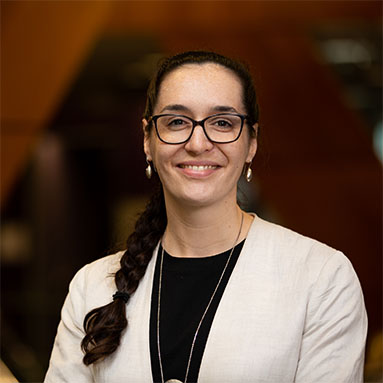 Melissa contributes to the fields of law and society; comparative constitutional law; and law and religion. Melissa is Chief Investigator on an Australian Research Council Discovery Project on "Constitutional Change in Authoritarian Regimes" (2018-2022). She runs the Southeast Asia Law & Policy Forum.

Melissa is the author of The Constitution of Myanmar (2019) (shortlisted for the Australian Legal Research Awards inaugural book award; see New Books Network podcast) and Law and Religion in Indonesia: Conflict and the Courts in West Java (2014). She has published in a range of peer-reviewed journals including Law & Society Review, Law & Social Inquiry, Oxford Journal of Legal Studies and International Journal of Constitutional Law. She is the editor of several volumes, including Constitutional Democracy in Indonesia (OUP 2023) and Women and the Judiciary in the Asia-Pacific (CUP 2021). In 2022, she won the Podgorecki Prize for outstanding scholarship of an early career socio-legal scholar, awarded by the Research Committee on the Sociology of Law, the International Sociological Association. She has also been awarded the Endeavour Australia Research Fellowship; the University of Indonesia Visiting Fellowship; and the University of Melbourne Kathleen Fitzpatrick Visiting Fellowship.

Melissa has worked with local and international organisations with a focus on public law and legal education in Asia. She is the President of the Asian Studies Association of Australia (2023-2024), the peak academic body for Asian studies in Australia. She is also co-director with Theunis Roux of the project on Constitutionalism in the Global South.

2019, ASAA Workshop Grant for bursaries for students to attend the 'Women in Asia Conference' at UNSW

2019, Australian Academy of Humanities, grant to support the Early Career Workshop of the Women in Asia Conference at UNSW

2019, Konrad Adenauer Stiftung grant for workshop on the Women in the Legal Profession and Judiciary in Asia Panel Stream

2022, Podgorecki Prize for outstanding scholarship of an early career socio-legal scholar, awarded by the Research Committee on the Sociology of Law, International Sociological Association.

2020, Shortlisted for the inaugural Australian Legal Research Award's Book Award of the Council of Australian Law Deans, for the book The Constitution of Myanmar: A Contextual Analysis

I am currently working on three main projects

Project on Rights and Vulnerability during Covid-19 in Sri Lanka, Myanmar and Indonesia

Project on trends in Asian studies in Australia (with Prof Edward Aspinall, ANU)

My teaching interests include Law and Society; Constitutionalism in the Global South; Law and Development; Asian Legal Systems; and Law and Religion in Asia. I have taught a range of workshops overseas, including on Judicial Independence; Principles and Processes of Constitution-making; The Role of Courts in Democratisation; Constitutional Courts in Federal Systems; Federalism and Minority Rights; and Emergency Powers. At UNSW, I teach Principles of Public Law (LAWS1141). I also teach the following electives: The Rule of Law in Asia (LAWS3167; JURD7567); Constitutionalism in the Global South (LAWS8375/JURD7975); and Islamic Law and Society (LAWS3165; JURD7865). From 2023, I will run an in-country elective in Indonesia on Law and Society in Asia (LAWS3139). I also run a student internship with the Institute for Global Development.

M Abu Sayeed, 'Constitutionalism of the Other: Non-Sovereign Politics in Gandhi and Agamben'

Emma Dunlop, 'Justice in Exile: A study of state obligations to ensure refugees access to courts under international law'

Ashraf Azad, 'Irregular Migration of Rohingya Refugees from Myanmar to Bangladesh and Malaysia'