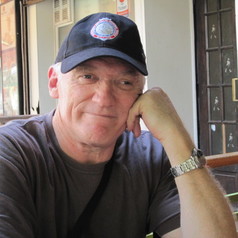 ​​Michael Quinlan is emeritus professor in the School of Management and Governance and Director of the Industrial Relations Research Centre. His major expertise is the field of occupational health and safety (OHS) and risk, particularly aspects related to work organisation, management and regulation. In addition to publishing widely on OHS he has undertaken inquiries, investigations and audits for governments in Australia and New Zealand on safety in the trucking industry, mining and OHS regulatory regimes. He has also served as an expert on a number of government advisory bodies in Australia and New Zealand as well as helping to prepare reports on OHS for the World Health Organisation, European Commission, European Agency on Safety and Health at Work and International Labour Organisation. He currently serves on the editorial board of six academic journals based in Australia and the UK.​

1991       Quinlan, M. Awarded ACIRRT grant to convene conference on Research and Education in Occupational Health and Safety at the University of Sydney (and to edit book based on conference proceedings).  Worksafe Australia made a matching grant for both the conference and the publication.

2000       Quinlan, M. Grant from the Motor Accidents Authority of New South Wales to undertake inquiry into safety in the long haul trucking industry $35,000

Fellow, Academy of Social Sciences in Australia, since 2015

Submissions to Government, Inquiries and unpublished reports and associated appointments/activities

Quinlan, M. (1985) Submission to Minister for Employment and Industrial Affairs on Occupational Health and Safety Aspects of the Queensland Factory and Shops Act (under review), 24 January.

Quinlan, M. (1988) Submission to the Committee of Inquiry into the Industrial Conciliation and Arbitration Act, 1961-1987 of Queensland, 21 March.

Quinlan, M. (1994) Interviewed and provided materials to the Industry Commission inquiry into Occupational Health and Safety in Australia.

Quinlan, M. (1995) Interviewed and made written submission to Tregillis Inquiry into the Integration of the Division of Workplace Health and Safety and the Queensland Workers’ Compensation Board.

Quinlan, M. (1996) Submission to Inquiry into Workers’ Compensation and Related Matters in Queensland chaired by Mr Jim Kennedy, May.

Quinlan, M. (2011) Report comparing mine health and safety regulation in New Zealand with other countries, Prepared for the New Zealand Department of Labour, Wellington in connection with Pike River Mine disaster.

Quinlan, M. (2011) Analysis Report: Reviewing Evidence to Assess Whether the Conclusions & Recommendations of the 2006–2009 Mine Safety Review are Still Relevant and Changes in the Regulatory Framework the Royal Commission Might Consider, Prepared for the New Zealand Department of Labour, Wellington in connection with Pike River Mine disaster.

Quinlan, M. (2011) Submission to Standing Committee on Infrastructure and Communication with regard to the Inquiry into the Road Safety Remuneration Bill 2011 and Road Safety (Consequential Amendments and Related Provisions) Bill 2011, 27 December 2011.

Quinlan, M. (2012), Second Audit of the Mine Safety Unit and Office of Chief Inspector of Mines, Workplace Standards Tasmania, report prepared following recommendations of the Coroner, Magistrates Court of Tasmania.

Quinlan, M. (2020) Engaged by Queensland Independent Board of Inquiry into mine explosion at Grosvenor mine and related matters to prepare expert report on matters pertinent to the inquiry including the use of labour hire workers along with expert statement and giving evidence to hearings of the Inquiry, July-August.

Quinlan, M. (2009), Report on OHS management at the Beaconsfield Joint Venture Gold Mine, Tasmania up to and including the time of the rock fall incident at the 925 level of the mine that occurred at around 9.23pm, resulting in the death of Larry Paul Knight and the entrapment of Todd Andrew Russell and Brant George Webb (expert report prepared for Greg Melick SC, Independent Investigator appointed by the Tasmanian Government), 30 August 2007 (1 citation).

Fry, M. Quinlan, M. & Johnstone, R. (2009), Review of Self Insurance under the Comcare Regime, Report to the federal Department of Education, Employment and Workplace Relations, Canberra, 15 May 2008. http://www.deewr.gov.au/WorkplaceRelations/Policies/ComcareReview/Documents/TaylorFryReport.pdf

Bohle, P., Finn, J., Quinlan, M. & Rawlings-Way, O. (2009) A Report on the Occupational Health and Safety of Homecare Contract Workers in Adelaide and the Barossa Region. A report prepared for The South Australian Office of the Employee Ombudsman. Sydney: The University of Sydney (1 citation).

Cardiff University et al, (2011), Contract to assess the potential impact of emerging trends and risks on labour inspection methodologies in the domain of occupational health and safety (the NERCLIS* Project), Report prepared for the European Commission, Luxembourg (I reviewed and drafted significant elements of this report). http://www.cf.ac.uk/cwerc/reports/NERCLIS%20Vol%201%20FINAL.pdf

Walters, D. Wadsworth, E. Johnstone, R. & Quinlan, M. (2014) A study of the role of workers’ representatives in health and safety arrangements in coal mines in Queensland, Report prepared with support of the CFMEU, Brisbane.

Member, Working Party for Review of Workplace Health Safety Program in the Department of Training and Industrial Relations, 1996.

Member, Taskforce on the Prevention and Management of Violence in the Health Workplace, NSW Department of Health, 2001-2.

Director on the Board of the Transport Education Audit Compliance Health Organisation (TEACHO) since 2010.

Member of the Australian Society for the Study of Labour History, 1975 to present.

Member, Association of Industrial Relations Academics of Australia and New Zealand 1983 to present.