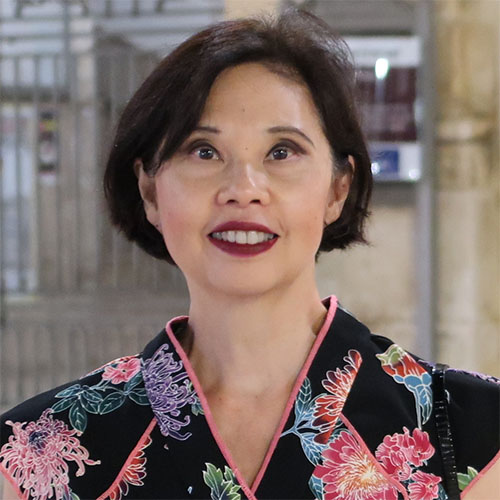 A Phd graduate from The University of Michigan, Mina Roces is a Professor of History in the School of Humanities and Languages in the Faculty of Arts, Design and Architecture. She is the author of five books: Women, Power and Kinship Politics in Post-War Philippines (Praeger 1998), Kinship Politics in Post-War Philippines: The Lopez Family, 1946-2000 (de la Salle University Press, 2001), Women’s Movements and the Filipina, 1986-2008 (University of Hawaii Press, 2012), The Filipino Migration Experience: Global Agents of Change (Cornell University Press, October 2021), and Gender in Southeast Asia (March 17, 2022) published in Cambridge University Press's Elements Series. The book project on women’s movements in the Philippines was supported by an Australian Research Council Grant for 2007-09 and the book project on Filipino migration was supported by an Australian Research Council Grant from 2012-2014.

In addition, she has co-edited several anthologies on the topic of women in Asia.  Her research interests lie in twentieth century Philippine history particularly women’s history as well as the history of dress.  She is book series editor for the Sussex Library of Asian and Asian American Studies Book Series and leader of the UNSW Research Cluster on Imperial, Colonial and Transnational Histories.  In 2016 she was elected fellow of the Australian Academy of the Humanities.