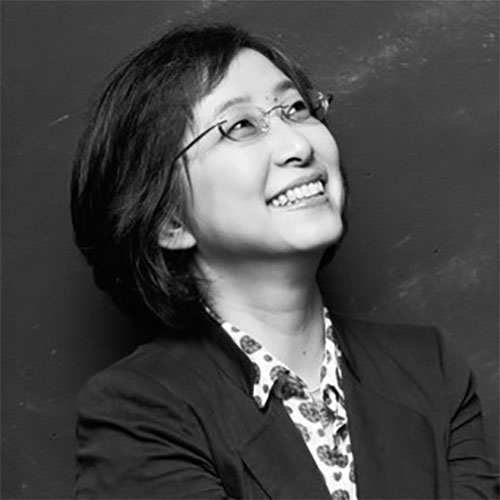 Mira Kim is an Associate Professor in Translation and Interpreting Studies at the School of Humanities and Languages, Faculty of Arts and Social Sciences, UNSW.

Mira’s research interests are divided into three categories: translation studies, Systemic Functional Linguistics (SFL) and personalised language learning. Her initial research started with questions about translation quality assessment and translator education. She developed her interest in SFL as she found it useful to explain translation choices as well as explore her research questions about translation. She came to be interested in personalised language learning as well because it is a critical issue that has been long debated but under-researched in the field of translator education. Her three main research fields are synergetically integrated, which empowers her to expland her reserach areas and share her knowledge beyond her boundary. For example, she undertook a research project entitled English Language Acquisition Support for International Students (ELASIS) funded by UNSW (SEF#2). Through the project, she developed a new course called Personalised English Language Enhancement (PELE) to help students to enhance their English languge skills. This credit-bearning course is offered every semester from 2017 benefiting a number of students, international and domestic, across faculties at UNSW.

Mira has been invited as a plenary speaker, guest lecturer, workshop facilitator and paper presenter to a number of international and national conferences, seminars and workshops. She has also published numerous papers in peer-reviewed journals and conference proceedings as well as edited books. Click the link below for details of my publications. Currently, she is working on two book projects, Systemic Functional Linguistics and Translation Studies (2021) and Korean Grammar: A Systemic-Functional Approach (in preparation).

Mira taught theoretical as well as practical translation and interpreting courses at Macquarie University for 10 years. Her excellence in teaching was recognised several times during her tenure at Macquarie University with Australian Learning and Teaching Council Citation for Outstanding Contributions to Student Learning in 2009 and Macquarie University Vice-Chancellor’s Citation for Outstanding Contributions to Student Learning in 2008, to name a few. This recognition reflects her passionate teaching and unique approach to motivating students, in which she applies theoretical principles to explain practical issues and problems.

Since she joined UNSW, she has made significant contributions to the improvement of the Master programs and courses. Particularly, she developed new courses (MODL5106 and MODL5109) based on her research findings as well as professional and teaching experience. She currently teaches the following courses:

Her teaching excellence was also recognised at UNSW with the Faculty of Arts and Social Sciences Dean’s Award for Teaching Excellence in 2014.

Mira has supervised a number of postgraduate research projects.

Gyung Hee Choi (award granted in 2014)
Title: A descriptive study on logical resources in Korean and its application to translation (Principal Supervisor)

Song-Lee Han (completed in 2009)
Title: Discourse Analysis of an English TV Program and Its Translation into Korean (Principal Supervisor)

Yumi Hong (completed in 2009)
Title: A study on interpersonal meaning shifts and usage of honorific terms in Korean translations of an English novel (Principal Supervisor)

Sookkyoung Kim (completed in 2007)
Title: Translation Shifts in Voice: A pilot study based on a Korean short story (Principal Supervisor)

Haewon Kim (completed in 2006)
Title: A study on translation of non-defining relative clauses from English into Korean (Joint Supervisor)