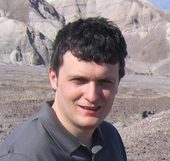 My research focuses on (co)homological invariants associated with complex and real algebraic varieties, especially motivic and Lawson cohomology (with their equivariant aspects) and Semi-topological K-theory. These invariants are expected to hold a great deal of information about smooth algebraic varieties. My recent research was concerned with applications and extensions of Milnor’s conjecture (proved by V. Voevodsky) with an eye toward very new and intriguing conjecture of Suslin regarding a possible partial description of morphic cohomology with integer coefficients in terms of singular cohomology.