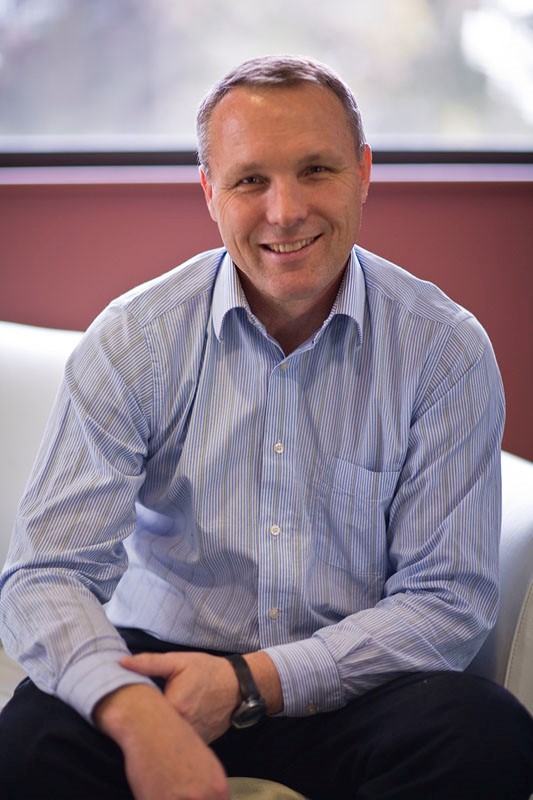 Professor Murray Norris obtained his PhD at UNSW in 1988 and subsequently undertook Postdoctoral positions at the Prince of Wales Children’s Hospital (Randwick) and then at the University of Illinois, Chicago, USA. In 2000, he was appointed as the Deputy Director of the Children’s Cancer Institute, where he is the Co-Head of the Molecular Targets and Cancer Therapeutics Theme, and also heads the Molecular Oncology Group. From 2010-19, Professor Norris was Director of the ACRF Drug Discovery Centre, where he pioneered the development of cell-based high-throughput screening methodology of small-molecule libraries for child cancer and developed highly potent inhibitors of drug resistance proteins (MRPs) as well as licensing of MRP4 inhibitors to the global biotech company, Abcam Plc. Since 2015, he has been the Director of the UNSW Centre for Childhood Cancer Research.

His research interests focus on utilising new molecular genetic technologies to improve the diagnosis, risk classification and treatment of childhood cancer, and he has been responsible for developing and implementing unique technology enabling the early prediction of relapse in children with acute lymphoblastic leukaemia. This technology has become a powerful tool for the early detection of relapse in children with leukaemia and has affected a major change in the clinical management of patients with this disease. Professor Norris has earned an international reputation as an expert in neuroblastoma research, particularly with regards to the molecular analysis of genes and their relationship with clinical variables. He has spent over 30 years investigating childhood cancers at the molecular level, and has undertaken extensive research into the characterisation of genes involved in mediating resistance to chemotherapeutic drugs in paediatric leukaemia and neuroblastoma. His research is increasingly focused on understanding the regulation of the MYCN oncogene and its downstream targets, with the goal of developing molecular targeted therapies, and his findings in this area are being translated into a number of early phase clinical trials.

2011            Invited speaker, Minimal Residual Disease and Targeted Therapy in Children with ALL and neuroblastoma The Institute of Cancer Research / The Royal Marsden Hospital, Sutton, UK

2015            Appointed a Member (AM) of the Order of Australia, for significant service to medical research as a molecular biologist and through pioneering development of treatments for cancer in children

2015            Shortlisted as a Finalist for The Australian Innovation Challenge Award, pioneering work in improving the survival rates of children with acute lymphoblastic leukaemia

2019            Inaugural Sally Crossing Award for an Outstanding Outcome in Cancer Research, for his development of a new treatment approach for acute lymphoblastic leukeamia – doubling survival rates to over 70% today ($50,000)

Murray led the team that developed PCR-based technology to detect the presence of residual leukaemia in bone marrow of children after initial treatment for acute lymphoblastic leukaemia (ALL). These studies established his group as one of the leading international teams addressing this issue, showing that molecular detection of minimal residual disease (MRD) in paediatric ALL is a new approach to improving survival. Murray’s team were the first to report that relapse in children with ALL involves selection of a pre-existing drug-resistant subclone. This led to the first paediatric clinical trial employing molecular genetic testing to guide treatment in high-risk patients (ANZCHOG Study 8), which enrolled more than 650 children nationally over 10 years and saw the survival rates of children with high-risk ALL increase from 35% to about 70%. This molecular diagnostic testing platform, which Murray’s team developed and implemented, is now part of standard of care for children with ALL throughout Australia and now provides residual disease testing on more than 100 Australian children and adolescents annually. Based on the results of this testing, high-risk individuals are now stratified to receive alternate therapies. Research in the past five years by Murray’s group has continued to provide insights into relapsed and aggressive ALL, and has further improved detection methodology

His seminal research on the role of the ABCC1/MRP1 multidrug transporter in neuroblastoma led to the first evidence of the clinical significance of this transporter in any human cancer and subsequently provided the first evidence for the clinical significance of the related transporter, ABCC4 and its ability to confer resistance to irinotecan/CPT-11, a drug now used to treat this disease. This research has led to an important shift in understanding the role of ABC multidrug transporter genes in cancer from one simply associated with drug resistance to one that extends to fundamental roles in tumour biology and maintenance of the inflammatory microenvironment. Murray’s team further extended this research on ABC transporter genes to ovarian cancer, leading to insights into the pathogenesis of the disease process and the definition of new clinical approaches.

MYCN amplification is the single most important biologic marker in childhood neuroblastoma. In collaboration with Michelle Haber, Murray’s research has highlighted the significance of this oncogene in this disease, and provided the first report of MYCN-mediated regulation of ABCC1. Building on this research, they provided the first comprehensive demonstration of a major role for Myc transcription factors in the direct and coordinate regulation (both positive and negative) of a large subset of the ATP binding cassette (ABC) transporter gene family, to which the ABCC genes belong. His team provided strong evidence that ABC transporters play a key role in generating a malignant and drug-resistance phenotype in neuroblastoma, with clinical implications for its treatment. Furthermore, Murray’s group also demonstrated that MYCN can contribute to multidrug resistance in cancer through the upregulation of a suite of drug-resistance genes covering a range of chemotherapeutic drugs.

They have also pioneered polyamine inhibition therapy, demonstrating that combining inhibition of polyamine synthesis and transport together with conventional chemotherapy, is highly promising as a therapy for neuroblastoma and potentially other MYC-driven cancers. This has eventuated in one completed international clinical trial in 15 children’s hospitals, one current trial open in 120 hospitals internationally, and two more being planned for neuroblastoma and for brain tumours.