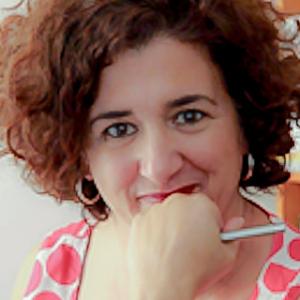 2019 Doctor of Creative Arts by Research, University of Technology Sydney.

Natalia teaches Spanish language and Spanish cultural studies. Her interdisciplinary research draws from fields in the Humanities and the Social Sciences and focuses on Spanish migration to and from Australia. She is particularly interested in analysing issues of identity formation, different forms of constructing a sense of belonging while living in a foreign country, intergenerational issues pertaining immigrant families, as well as questions around migrants’ memory, emotions, and affects

Her background as a filmmaker has led her to become increasingly interested in forms of storytelling that interrogate assumptions about identity formation, community building, and feelings of belonging.  Her first short film MEMORY won best film at the Victoria Multicultural Film Festival (2019) and is part of the TRAVELLING ROADSHOW SERIES ‘Zooming Out’, which tours multicultural films to regional Victorian. Memory has been screened internationally. Her latest work Home Sweet Home contains a collection of short documentaries presenting the different layers of Spanish migration narratives in relation to isolation, identity construction, the meaning of home, the complexities of returns and remigration, distance, nostalgia, and familial and generational differences. This research work has been published as part of the Europeana Collections on migration.

In 2022, Natalia co-directed and co-produced a feature documentary, The Bride Flights (Spain, Australia) produced with the support of TVE-Televisión Española, Destino Films, and Desenfoque Post Producciones S.L. In Spain, the film reached 320,000 views in one night,and in Australia the film has been broadcast on ABC International in over 38 countries across the Indo-Pacific and on SBS1 and ondemand. The film is distributed by Ronin Films and is available on VIMEO ondemand.

Natalia is the Director and Founder of SCHAA- The Spanish Cultural Heritage Association of Australia, a not-for-profit organisation that promotes the preservation of the Spanish cultural heritage in Australia, by encouraging research, cultural events, and the social enjoyment of cultural resources. SCHAA is supported by the Ministry of Migration (Spain), the Embassy of Spain in Canberra, and UNSW.

In 2009 she was bestowed with the Order of Isabell the Catholic (Spain) for her outstanding contribution to the dissemination and promotion of Spanish Culture in Australia as the funder and director of The Spanish Film Festival in Australia and New Zealand.

2015, Nominee, The Medal of Honour of Emigration (Embassy of Spain, Canberra).

2009, Winner, the Order of Isabella the Catholic (Spain).

Ortiz N, 2020 “The Martha’s Plan, Labour of Love”: A symposium on “Intimate Histories of Post-War”. Organised in conjunction with; the State Library of NSW, the Embassy of Spain in Canberra, the University of New South Wales, the Instituto Cervantes and SBS Spanish Radio.

Ortiz N, 2019 'In search of our roots, The Basques in Australia' . Organised in conjunction with; Asociación Navarra Boomerang Australia Elkartea (Spain), Instituto Cervantes of Sydney, and SCHAA.

Ortiz N, 2017 'Home Sweet Home, and the myth of returning amongst Spanish migrants in Australia'. UTS.