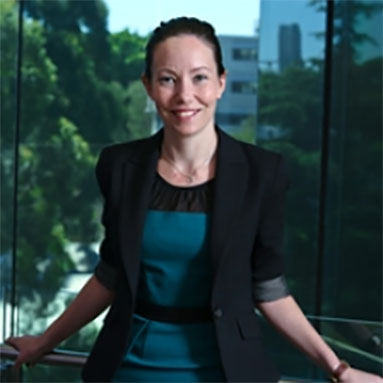 Dr Nicola McGarrity is a Senior Lecturer in Public and Criminal Law in the Faculty of Law, University of New South Wales, and the Director of the Terrorism Law Reform Project in the Gilbert + Tobin Centre of Public Law. She has published extensively on Australian and comparative anti-terrorism law and policy, with her most recent publications being Foreign Terrorist Fighters and Anti-Terrorism Law (2018, co-authored with Dr Jessie Blackbourn and Ms Deniz Kayis) and Inside Australia's Anti-Terrorism Laws and Trials (2014, co-authored with Professors Andrew Lynch and George Williams). Nicola's particular area of expertise is in the prosecution of terrorist suspects; this has been developed not only through Nicola's research but also her experience as a barrister at the New South Wales and Victorian Bars. Most notably, Nicola spent the second half of 2010 appearing as defence counsel before the Victorian Supreme Court on behalf of one of five men accused of planning an attack on Holsworthy Army Barracks. Nicola has worked with a range of community and political organisations on advocacy campaigns relating to the reform of Australia's anti-terrorism laws and is often called upon to give background information and interviews for the hard copy and electronic media.