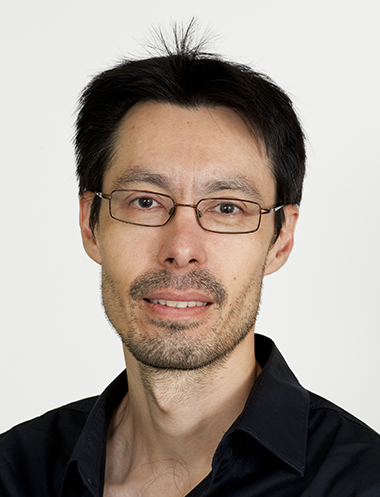 Paul Dawson is a writer of poetry and fiction, and an internationally recognized scholar in the fields of narrative theory, novel studies, and Creative Writing as an academic discipline.

Paul's scholarly research brings together the historical dimension of novel studies and the formalist approach of narrative theory. This approach informs his two most recent monographs: The Story of Fictional Truth: Realism from the Death to the Rise of the Novel (OSU Press, forthcoming) interrogates how changing concepts of fictionality have shaped the realist novel from its emergence in the eighteenth century to its afterlife in the twenty-first, contesting and revising long-held views about the origins and aesthetico-cultural functions of key formal features of realism by investigating when and how they came to be seen as signposts of fictionality; The Return of the Omniscient Narrator: Authorship and Authority in Twenty-first Century Fiction (OSU Pess, 2013) identifies and anatomizes contemporary modes of literary omniscience emerging from the legacy of postmodern experimentation, and locates these in relation to anxieties about the decline of cultural authority for the novelist in the age of digital media.

Paul’s broader research addresses the role of narrative in the networked public sphere, from viral social movements to conspiracy theories and journalistic rhetoric. He is co-editor, with Maria Mäkelä, of the Routledge Companion to Narrative Theory (2022) which brings together top scholars in the field to explore the significance of narrative to pressing social, cultural, and theoretical issues today, and is distinctive for addressing the complicated relations between the interdisciplinary narrative turn in the academy and the contemporary boom of instrumental storytelling in the public sphere.

Paul's first monograph was Creative Writing and the New Humanities (Routledge, 2005), a comprehensive international account of the historical origins, theoretical underpinnings, and disciplinary future of Creative Writing programmes. He is currently completing  a new collection of lyric poetry entitled "Lines of Desire."

Paul is currently first Vice-President of the International Society for the Study of Narrative.

Paul is available to supervise students in narrative theory and novel history, contemporary fiction and poetry, and creative writing.

Books
The Story of Fictional Truth: Realism from the Death to the Rise of the Novel. Columbus: Ohio State University Press (In Press).

“Narrative Theory and the History of the Novel.” Special issue of Poetics Today 39.1 (2018). https://read.dukeupress.edu/poetics-today/issue/39/1

“Emerging Vectors of Narratology: Toward Consolidation or Diversification? (A Response).” Enthymema 9 (2013): 109-114  https://riviste.unimi.it/index.php/enthymema/article/view/3533

“Real Readers and Real Authors: Omniscient Narration and a Discursive Approach to the Narrative Communication Model.” Journal of Narrative Theory 42.1 (2012): 91-116.

“Historicizing Craft in the Teaching of Fiction.” New Writing: International Journal for the Practice and Theory of Creative Writing 5.3 (2008): 211-224.

“Towards a New Poetics in Creative Writing Pedagogy.” TEXT 7.1 (2003): http://www.textjournal.com.au/april03/dawson.htm

"Creative Writing in Australia: The Development of a Discipline." TEXT 5.1 (2001): http://www.textjournal.com.au/april01/dawson.htm

“What is ‘the Narrative’? Conspiracy Theories and Journalistic Emplotment in the Age of Social Media.” The Routledge Companion to Narrative Theory. Eds Paul Dawson and Maria Mäkelä. New York: Routledge In press (forthcoming 2022).

“The Undead Novel: A History of Prose Fiction or a History of Realism?” The Routledge Companion to Narrative Theory. Eds Paul Dawson and Maria Mäkelä. New York: Routledge. In press (forthcoming 2022).

“How Many ‘Turns’ Does it Take to Change a Discipline?: Narratology and the Interdisciplinary Rhetoric of the Narrative Turn.” Emerging Vectors of Narratology. Eds Per Krogh Hansen, John Pier, Philippe Roussin and Wolf Schmid. Narratologia series. Berlin: De Gruyter, 2017. 405-34.

International Society for the Study of Narrative
European Narratology Network

PROFESSIONAL SERVICE
2006 - Project assessor (INTreader) for the Australian Research Council
2006 - Academic referee for New Writing: International Journal for the Practice and Theory of Creative Writing
2004 - Academic referee for TEXT: Journal of Writing and Writing Courses
2010  Member of National Advisory Council for Australian Poetry
2003-2009 - Member of editorial board for Juvenilia Press