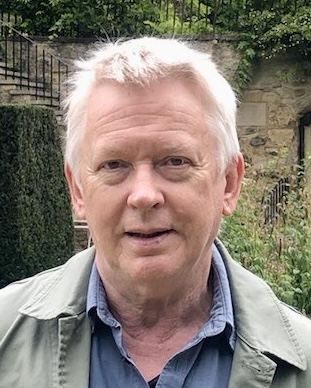 Peter Aggleton is a social scientist with a background in policy studies, international development and health.  For over 30 years, he has worked with UN system agencies, national governments and community organisations in Africa, Europe, the Americas, Asia and the Pacific to strengthen policy and practice with respect to sexuality, gender, HIV and sexual health.

Before joining UNSW Sydney, Peter worked at the Institute of Education in London (where he was Director of the Thomas Coram Research Unit and Dean of Research) and at the University of Sussex (where he was inaugural Head of the School of Education and Social Work). Prior to that, he held a senior position within the World Health Organisation’s headquarters in Geneva. He is currently senior adviser to UNFPA’s Regional Office for Eastern Europe and Central Asia for work on social norms, comprehensive sexuality education, and sexual and reproductive health and rights.

Peter is well known for his work on HIV, gender and sexuality, and sexual and reproductive health and rights. His interests include equality, inclusion and justice and focus on the ways in which these issues are engaged with in national and international development, education and health.  He has been chief investigator on research projects funded by the Australian Research Council and the Australian National Health and Medical Research Council. His lifetime research grant income is over $45 million.

Peter has published over 300 scientific papers and chapters and has authored and edited more than 50 books. He has a Hirsch (h-) index of 70, making him one of the most cited social scientists internationally. He appears in Stanford University – Elsevier list of the top 2 per cent of the most-cited scientists in the field of public health - both career-wise and in 2020.

Peter is editor-in-chief of two top rated (Q1) international journals - Culture, Health & Sexuality and Sex Education – and the long established Health Education Journal, now in its 80th year of publication  He is an associate editor of AIDS Education & Prevention, Global Public Health and Health Education Research and co-edits three international book series - on sexuality, culture and health (for Routledge); on the social aspects of HIV (for Springer), and on foundations and futures of education (for Routledge)

Peter has led major policy and programme reviews and evaluations for agencies including DFID, UNAIDS, UNDP UNESCO, UNICEF and WHO.

2015- Fellow, Academy of the Social Sciences in Australia

Social aspects of HIV and AIDS (including research into cultural and contextual factors influencing risk and vulnerability; the nature, effects and effectiveness of education about HIV; social stigma and discrimination; men and masculinity; and gender and sexual minorities and HIV)

Youth, health and inequality (including studies of gender and sexual diversity; sexual citizenship and youth; elites and their education; Indigenous youth experiences and other issues)

Multi-disciplinary capacity building through research (including writing for publication, book and book series development, and the editorship of high profile book series and international journals)

Christopher Tumwine (2015-completed) - Access to and use of HIV testing, treatment and care: experiences and perspectives of HIV positive fisherfolk in Uganda