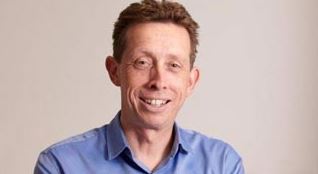 I am a bone biologist and cancer researcher, with a longstanding fascination for disorders of the skeleton, particularly osteoporosis and cancer-associated bone disease. I have a particular interest in the molecular mechanisms of bone disease, in how cancers spread to bone, and what controls dormancy (sleeping) and reactivation of cancer cells within bone. I am motivated by the clinical impacts that my research has already had, and by the potential for widespread future impacts on bone disease, cancer relapse and metastasis.

In 2011, I moved to Garvan, in Sydney, to lead its Division of Bone Biology and to take up the inaugural Mrs Janice Gibson & the Ernest Heine Family Foundation Chair in Osteoporosis. As of 2018, I lead Garvan’s Healthy Ageing research theme, which brings together a multidisciplinary group of over 150 researchers and clinician-scientists who study osteoporosis, cancer in bone, type 2 diabetes and disorders of metabolism, neurodegenerative diseases, other neurological conditions and hearing. I am also Deputy Director of Garvan, with responsibilities for whole-of-institute scientific affairs.