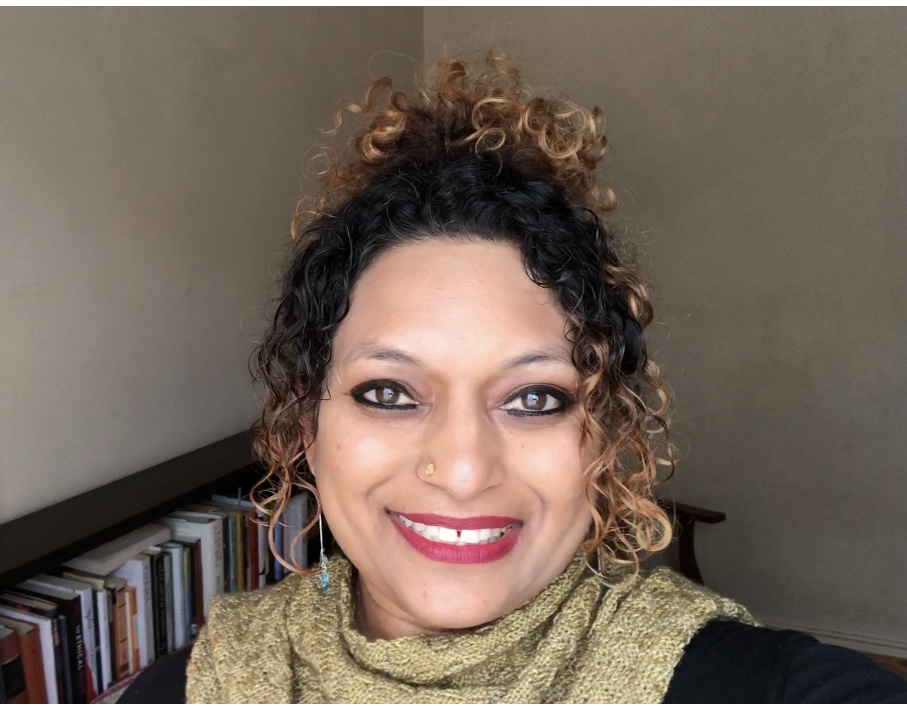 Roanna Gonsalves is a writer with an interdisciplinary practice. She is the author of The Permanent Resident (UWAP) published in India and South Asia as Sunita De Souza Goes To Sydney (Speaking Tiger Books). The book won the NSW Premier’s Literary Award Multicultural Prize 2018 and was longlisted for the Dobbie Literary Award 2018. Roanna’s series of radio documentaries, On the tip of a billion tongues, commissioned and broadcast by Earshot, ABC RN, is an acerbic socio-political portrayal of contemporary India through its multilingual writers. Roanna was born and raised in Mumbai, India, and attended St. Xavier’s College.

Roanna is a recipient of the Prime Minister’s Australia Asia Endeavour Award, and is co-founder co-editor of Southern Crossings. She has been an invited Keynote Speaker and panelist at numerous literary events. She has been teaching, supervising and mentoring emerging prose writers and screenwriters within communities, schools, literary organizations and institutions such as New York University Sydney, UNSW, Western Sydney University, Macquarie University and the Australian Film, Television and Radio School (AFTRS). She is a recipient of grants through the Australia Council for the Arts, is a recipient of fellowships and residencies at Varuna and Bundanon, was the UNSW – Copyright Agency Writer-in-Residence 2018 and received The Bridge Awards’ inaugural Varuna – Cove Park Writing Residency 2019 (Scotland). Her research interests are in the sociology of the arts, social media, creativity studies, and postcolonial literatures. She serves on the Board of Writing NSW. For more information, see  roannagonsalves.com.au.