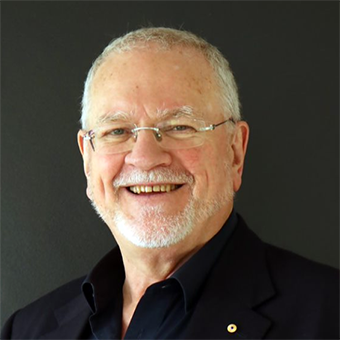 Professor of Practice in the School of Civil and Environmental Engineering

Dr Robert Care has not only been recognised as one of the University’s most esteemed alumni, by winning a UNSW Alumni Award in 2012, but his significant contributions to society have been honoured at the highest national level too. In 2012, he was awarded an Order of Australia for his services to Engineering, Business, Humanitarian Programs and Athletics. Other honours and awards include 2014 Engineers Australia awarded Robert NSW Professional Engineer of the Year and later Australian Professional Engineer of the Year; 2015 Robert was made a Fellow of the Royal Academy of Engineering UK; 2018 Robert was made an Honorary Fellow of the Engineers Australia; and 2020 he was admitted as a Fellow of the Royal Society of NSW.

Since graduating from UNSW with a Bachelor of Civil Engineering in ‘73 and a Doctor of Philosophy in ‘78, Robert has enjoyed a career spanning almost 50 years, many as a leader within global consulting group Arup, that has taken him all over the world. His leadership style is characterised by a unique combination of humility, humanity and commerciality, and his strong sense of purpose inspires others to achieve great things alongside him.

His commitment to the community is reflected in his deep involvement with the global charity Common Purpose (currently Chair of Common Purpose Asia Pacific), and also as Chair of RedR Australia – a not-for-profit organisation who send qualified engineers to disaster zones worldwide.  In 2019 he launched, with others and now chairs the Committee of the Community of Practice for Humanitarian Engineering (within Engineers Australia).

These activities and achievements have ensured that Robert has won numerous industry awards throughout his career. Engineers Australia has also featured Robert in their Top 100 Most Influential Engineers five times since 2008, and EA National Professional Engineer of the Year in 2014