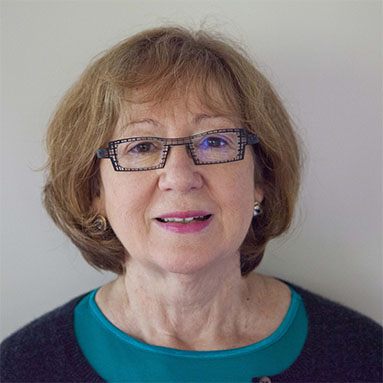 Dr. Howell has over 30 years of experience as a lawyer, strategic planner, educator and CEO. She is admitted to practice as a solicitor in Victoria and NSW and has served a term as the Secretary-General of the Law Council of Australia. Rosemary's professional expertise in strategic planning, facilitation and tertiary education has focused on enhancing the quality of professional and legal services through leadership roles in the legal profession's governing bodies, professional engagement in alternative dispute resolution techniques and engagement in higher education.

Since 1985 Rosemary's company, Strategic Action, has provided consulting services on planning, facilitation and training to State and Federal government departments and businesses in Australia, New Zealand, USA, UK, China and South Africa. Her clientele includes in-house counsel, major corporate entities and a large range of professional service businesses including architects, law firms, engineers and accountants. Strategic Action was named the top Australia-Pacific mediation practice in 2018, 2019, and 2020 by International Who's Who of Commercial Mediation. In 2021 and 2022, Rosemary was named as a Global Thought Leader in the field.

In 2005, Rosemary was awarded her Doctorate of Judicial Science (SJD) for her work on Negotiating with Lawyers, a qualitative study of the experiences of those for whom, and with whom, lawyers negotiate. This research allowed Rosemary to give theoretical voice to the professional skills and multi-disciplinary perspectives acquired through programs such as those she had taken and taught at Harvard University. It is these skills and perspectives that Rosemary hopes to pass on to Australia's future legal practitioners through her courses at UNSW.

Rosemary currently teaches Principled (Interest-based) Negotiation at postgraduate level at UNSW. In 2009, Rosemary proposed the development of a Master of Dispute Resolution and a Graduate Diploma of Dispute Resolution, which have been offered since 2010 and have now been rolled into the combined LLM program as a specialty.

In 2011 she was appointed a Visiting Professor at Catholica University in Lisbon where she led the first ADR program delivered in its Masters Program.

Memberships, Appointments and Board Positions

1980-83  Managing Editor, Australian Law News, the Journal of the Law Council of Australia

1982-91  Board Member, Council of Adult Education, Victoria and Chairman of Committee on Staff Conditions

UNSW Law Staff Award 2013: 'in recognition of [her] significant contribution towards developing, enabling and supporting community and collegiality at the Law School'.

Rosemary is committed to engagement with the university and broader communities.

In addition to her teaching roles, Rosemary has worked closely with the UNSW Law Society over many years to maximise student access to competitions which build students' skills. She helped to expand the Negotiation Competition from a single competition to one offering separate divisions for beginners, intermediate, and advanced students. This more than tripled student participation in this competition. Rosemary also sponsored the established of the Mediation Competition and assists with review of the rules and judging of competition sessions.

Rosemary was the coach of the UNSW team in the invitation-only ICC Mediation Competition Paris from 2006 to 2021, during which time UNSW reached the final rounds in all but 3 years and were winners in 2016 and 2018 from a field of 66 international competitors.

In recognition of Rosemary's long-standing dedication to these skill-based competitions, the mediation competition was renamed to the Dr Rosemary Howell Cup by the student executive.

Rosemary regularly publishes her expertise through her blog contributions to the Kluwer Mediation Blog.