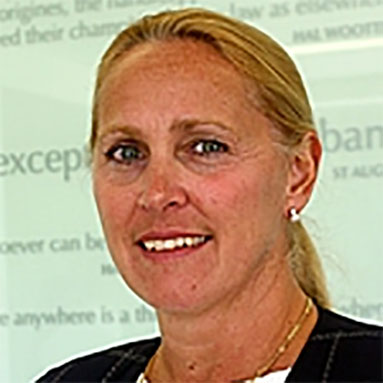 Rosemary Rayfuse is an Emerita Scientia Professor of International Law at UNSW Sydney where, from 1994 to 2020, she played a leading role in the development of the Faculty's public international law and environmental law programs. She is a Fellow of the Academy of the Social Sciences in Australia (FASSA) and holds the degrees of LLB from Queen's University, LLM from the University of Cambridge, PhD from the University of Utrecht, and a Doctor of Laws honoris causa from Lund University. She publishes widely on issues of oceans governance, protection of the marine environment in areas beyond national jurisdiction, and the normative effects of climate change on international law. She has special expertise in high seas fisheries, climate change and the oceans, and in polar oceans governance and has also published on other areas of international law including state responsibility, the law of treaties, international humanitarian law, use of force, international crimes and international dispute settlement. She is on the editorial or advisory boards of a number of international law journals, is a member of the United Nations Joint Group of Experts on the Scientific Aspects of Marine Environmental Protection IUCN Commission on Environmental Law, and Chair's Nominee on the International Law Association's Committee on International Law and Sea-Level Rise.

In 2006 Professor Rayfuse became the first Australian woman to attempt to ski from the North Pole to Canada, using her North Pole Challenge 2006 to raise awareness of the need for international and national regulatory responses to climate change and to raise money for the Law School's Mooting and Internship programs.

Ragnar Söderberg Fund, Sweden: 'Protecting the Commons: The Use of Market Mechanisms to Regulate Access to and Exploitation of Common Resources' [with S. Bogojevic (Lund) and H.H. Lidgard (Lund)]. (2013-2015)