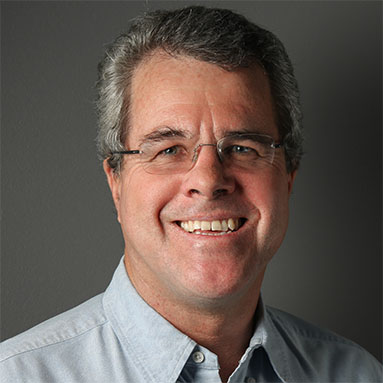 My research interests are FinTech, RegTech, central bank digital currencies and the Consumer Data Right and, more broadly, the full range of issues that the rise of data and its algorithmic analysis pose for society.

My Australian Research Council Laureate Fellowship, 2020 - 2025, is a $2.6 million project that explores how Australia might best regulate the rise of data and its analysis so as to seize the related benefits while managing the many risks. We are currently recruiting Postdoctoral Fellows and doctoral candidates to work on this project. See the Laureate Project website at https://fintechrevn.org/ for details of these opportunities, and for all of the Project's research outputs.

Along with my international co-authors, I am also participating in major, multi-year research projects on the regulation of FinTech funded by the Hong Kong Research Grants Council Research Impact Fund Grant and by the Qatar National Research Fund National Priorities Research Program Grant. Each is for upwards of A$800,000.

Before this, for six years, I led two major sequential projects on the delivery of financial services over mobile devices in developing countries. I led a team of three to four researchers on these projects, funded by a large ARC Linkage grant in conjunction with, and generously supported by, the United Nations Capital Development Fund.

I joined the Faculty in January 2007, and was appointed a Scientia Professor, and to the King & Wood Mallesons Chair in International Finance Law, in 2013. This research sponsorship was expanded in 2018, with KPMG Law, and the Chair renamed as the KPMG Law - KWM Chair in Disruptive Innovation and Law.

My research on FinTech and RegTech has been downloaded more frequently from the Social Science Research Network (SSRN) than that of any other social scientist in the world (with my usual co-author, Doug Arner, ranking second). My research across all fields of law has been the second most frequently downloaded in the past three years from SSRN (after Cass Sunstein's), and, again, with Doug's work next in the rankings. My joint work with Douglas, and now Dirk Zetzsche, is routinely cited in most scholarly analyses of FinTech, RegTech and cryptocurrencies.

I consult at the moment to the Asian Development Bank and over the years have consulted to government departments in over 12 countries, and to three government agencies in the US (the OCC, SEC, and Department of Justice). I began my career practising banking and finance law in Australia and Hong Kong and on Wall Street with Davis Polk, in total for some nine years.

If you are interested in working with me, you should be fascinated by FinTech, RegTech, central bank digital currencies, or the challenges that the rise of data and its analysis brings. I am currently seeking two doctoral candidates to work in these fields, supported by relatively generous (and tax-free) scholarships under the Laureate Project.

I have previously supervised 12 doctoral candidates through to successful completions.