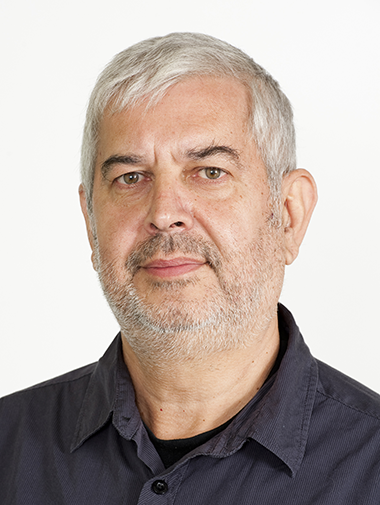 Dr Roumen Dimitrov is Senior Lecturer in Public Relations and Advertising in the School of the Arts and Media at University of New South Wales in Sydney, Australia. Roumen was born in Sofia, Bulgaria. He completed his BA (Hons) at Humboldt University of Berlin, Germany in 1982. He received his PhD in Sociology of the Media from the Bulgarian Academy of Sciences in 1987. He conducted his post-doctoral research in comparative media studies at the Scientific Centre Berlin for Social Research (WZB) in 1993-1994. Roumen has taught journalism, sociology, cultural and media studies at Sofia University, Bulgaria. He has been a visiting scholar of the universities of Bielefeld and Vienna as well of the Federal Institute for International And East European Studies (BIOST) in Köln and Ost-West Institute in München. He has also conducted professional qualification courses for German government officers at the Federal Academy for Political Education in Köln and Academy for Political Education in Tutzing, near München. After moving to Australia, he continued his academic career at various tertiary institutions, including as Lecturer in Public Relations at University of Western Sydney and Senior Lecturer in Public Relations and Advertising at University of New South Wales in Sydney – which is also his present position.

Roumen took active part in the political transitions in Eastern Europe. He made his name as correspondent, analyst, columnist and TV moderator, earning awards as journalist and writer. He was the founder and first director of Civic Institute (in partnership with the Foundation for the Development of the Civil Society), which supported independent media and civil society research. As communications professional, he worked for the British Balkan Survey Service (BBSS) Gallup International and as strategist for the Premier’s Department of the Government of New South Wales. He participated in major international research projects such as of the institutionalization of independent media in the process of European integration (European Commission and Bertelsmann Foundation) and the state of the civil society in political transition (Johns Hopkins University and American Agency for International Development). More recently, he conducted a communication audit for the Director General of UNESCO and a study of communicative capacity of nonprofit organizations in Australia.

Roumen is an active researcher who focuses on professionally important topics such as nonprofit communication, content creation, strategic communication, social innovation, integrated marketing communications, engagement, social media analytics and public relations as agent of change. His innovative teaching methods in community engagement and experiential learning by PR students have earned for him university and national awards in Australia. Roumen is a member of the editorial boards of PRism and Global Media Journal (GMJ). He has written five and edited three more books. His 2017 book, published by Routledge in the New Directions in Public Relations and Communication Research series, introduces the new topic of strategic silence as an extreme but also mainstream form of strategic communication. He has also published more than forty journal articles and book sections in three languages. His publications figure in established international journals such as Public Relations Review, Public Relations Inquiry, Public Affairs and GMJ.