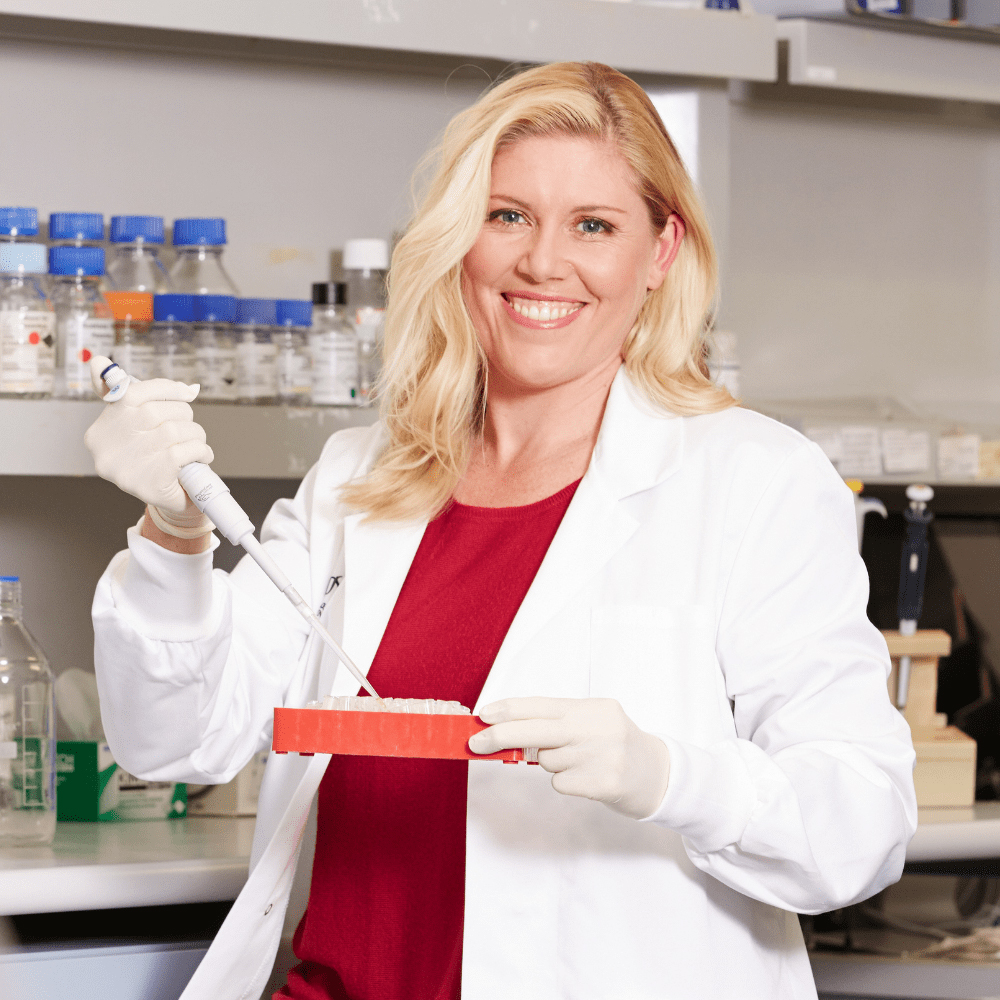 Follow me
About me:
Samantha Oakes, Adjunct Associate Professor, St. Vincent's Clinical School, UNSW Medicine was awarded her PhD in 2007, funded by NHMRC and NBCF fellowships and received the ‘Garvan Institute Best Thesis Prize’ for her work understanding the role of the pituitary hormone prolactin in triple negative breast cancer. In 2008, Samantha was awarded an NBCF Early Career Fellowship to further her studies at the Walter and Eliza Hall Institute. Her work focussed on understanding how specialised signals in breast cancer cells prevent them from dying. She later showed that by turning these signals off, triple negative breast cancers could be sensitised to routine chemotherapy. In 2012, Samantha returned to the Garvan Institute and together with her team, discovered a new dual therapeutic and anti-metastatic strategy for triple negative breast cancer. Recently, Samantha established and led the Long Term Follow Up Unit of the Molecular Screening and Therapeutics Program, the largest cancer genomic medicine program in Australia, based at the Garvan Institute. Samantha is a passionate advocate of breast cancer research in Australia.
E-mail
samantha.oakes@nbcf.org.au

My research focus was to understand how cancer cells learn how to survive in the body. Inappropriate survival can be intrinsically linked to every stage of tumour progression, from the initiating event and growth, its invasion through surrounding tissues, dissemination to distant organs and to the acquisition of therapeutic resistance. An understanding of these processes allows us to discover new therapeutic strategies capable of re-educating cancer cells to die. Although my model systems have been predominantly in breast cancer, I have translated these discoveries to cancers arising in other organs; particularly those with poorer survival outcomes, such as pancreatic cancer. It has been my ultimate goal to translate my discoveries into new treatments and improved clinical outcomes for patients suffering the most lethal forms of breast and other malignancies.

I have made two major discoveries that have made significant impacts on health and medicine. The first, as post-doctoral scientist at WEHI, where I showed that the BCL-2 antagonist ABT-737 could be used to sensitize triple negative breast cancer cells to routine chemotherapy (Oakes 2012, PNAS). ABT-737 is the lead compound that eventually led to the development of the Australian TGA approved drug Venetoclax and as a result of this research, Venetoclax is now under investigation in clinical trials in multiple cancers including breast cancer. In trials in estrogen receptor positive breast cancer led by my previous lab head, the clinical benefit rate was 72%.

My second major discovery as senior author defined a new role for the pro-survival protein myeloid cell leukaemia 1 (MCL-1), as a regulator of SRC family kinase signalling during invasion. My laboratory showed that that targeting MCL-1 could increase sensitivity of triple negative breast cancers to SRC family kinase inhibitors (Young 2017 BCR; Young 2017 Cell Adhesion and Migration, PCT/AU2017/05132). This discovery led us to search for other cancers that may rely on MCL-1 for survival. We have now discovered high MCL-1 is a strong predictor of worse outcome for up to 75% of all pancreatic adenocarcinoma patients and that MCL-1 antagonism significantly improved the anti-invasive effects of dasatinib. With an incidence to mortality ratio of 94%, and highly potent and specific inhibitors of MCL-1 now in P1 clinical trials, this research has the potential to have a significant and rapid impact in pancreatic cancer.