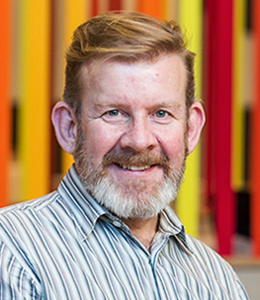 Contact Professor Killcross to find out more about his supervision opportunities.

2020 Fellow of the Royal Society of New South Wales.

Simon’s main areas of interest concern brain mechanisms underlying learning and cognition. One focus of research is the neural substrates underlying executive function, particularly with reference to animal models of schizophrenia. The approach taken is to use well-defined behavioural procedures drawn from current associative learning theory, as well as novel behavioural paradigms, to allow the systematic investigation of the role played by different brain systems in the executive control of cognition and behaviour, with the intention of informing not only psychopharmacological research on putative treatments for mental disorders such as schizophrenia, but also current theories about the interaction of different systems in the higher level control of cognitive function. As such, many areas that touch on on the role of fronto-striatal systems in the control of behaviour are of interest, including projects on addiction, decision making and gambling. Simon also does research applying these findings in a translational manner to patient populations (mostly schizophrenia) and to studies of the broader schizotypic phenotype in the general population.