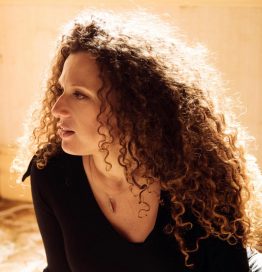 A Fulbright Scholar, Sonya studied under the legendary pianist-conductor Leon Fleisher at the Peabody Conservatory of Music (John Hopkins University, USA) and holds a PhD in creative practice from the University of Melbourne. Sonya is currently a Lecturer in Music Performance and Convenor of Creative Practice at the University of New South Wales and is a regular ABC Classic presenter.

Sonya’s research interests are increasingly growing in the direction of aesthetic diversification in respect to performance-making in the current cultural, social and economic climate. Of specific interest is creating collaborative, multi-art-form performances with strong social and artistic outcomes. The central tenet of her university award-nominated PhD dissertation “Creative Collaboration in and as Contemporary Performance Practice”, is that the lines of demarcation between the processes of composition and musical interpretation/performance are significantly more blurred than is traditionally perceived. She argues that the composer/performer dichotomy prevalent in the late nineteenth and twentieth centuries’ conceptualisation of Western art music is no longer a viable model through which to creatively engage with art music and the practice of music-making in the twenty-first century. She posits that successful (musical) work-realisation is contingent on a symbiotic relationship between the multiple agencies bearing on the final creative outcome, such as the composer, performer, audience, musical notation, performance practice, instrument, and contemporary technologies.

In addition to performing, collaborating and researching, Sonya is a passionate pedagogue who strives to inspire and nurture the unique creative potential in all her students. She is an ardent advocate for music as a powerful agency to affect positive change in the world and uplift the human spirit. In pursuit of pedagogical excellence, she is currently undertaking a Professional Certification Program at the Golandsky Institute (USA) in the Taubman Approach – an innovative, scientifically-grounded pedagogical methodology aimed at assisting pianists overcome technical limitations, develop healthy, co-ordinate virtuosity, and cure playing-related injuries.

Arts Projects for Individuals and Groups, 2020 - Australia Council for the Arts

Sweet is the Torment - collaborative multimedia performance at the Melbourne Recital Centre, November 29, 2017.