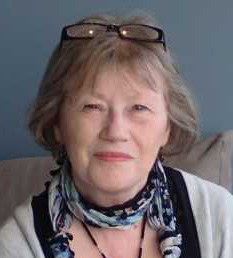 Professor Sue Hand is a vertebrate palaeontologist researching the history of Australian mammals, continuing climate and environmental change in Australia, New Zealand and Oceania, implications of that change for forest and island faunas, and the biodiversity, global relationships and evolutionary ecology of bats.

Her research interests are largely in the area of palaeontology, phylogenetics and biogeography, and specifically taxonomy, systematics, morphometrics, phylogenetics, biocorrelation, biogeography, palaeogeography, evolutionary biology and palaeoecology. Her area of special interest is fossil and modern bats, a major component of Australasia's living and fossil faunas, representing a quarter of Australian mammal species.

In these research areas, she has supervised/co-supervised 40 Honours, 3 Masters and 23 PhD students.

A key focus of the UNSW palaeontology group is the study of the fossil-rich Cenozoic faunas of the Riversleigh World Heritage Area in northwestern Queensland. These extremely rich 40 km2 deposits span the last 26 million years of Australia's extraordinary prehistory and have been described by Sir David Attenborough as one of the four most important fossil deposits in the world. The UNSW research group has been exploring, processing and studying assemblages from these deposits for over 40 years, with current research focusing on increasingly detailed aspects of site geology, geochemical analyses, radiometric dating, biocorrelation, taphonomy, systematics, evolutionary biology and palaeoecology using novel, innovative techniques. Their findings have more than trebled previous knowledge about the diversity of Australia’s terrestrial vertebrates with identification of more than 300 new kinds of animals. The Riversleigh Project involves the research efforts of over 100 researchers across 30 research institutions in 11 countries including the United States, Argentina, South Africa, China, Japan, England, Germany and France.