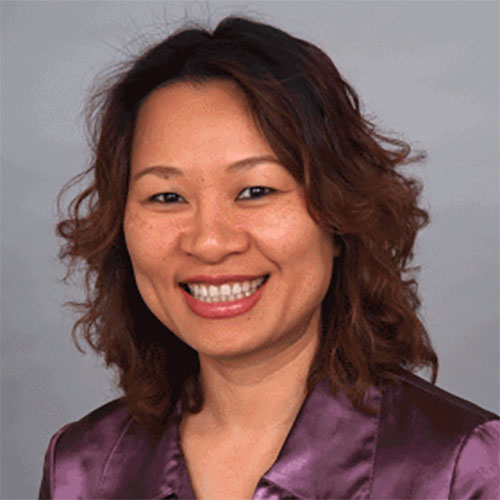 Dr Thu Vuong obtained a Master Degree in Public Health from Ohio State University in the USA in 2006 while on a Fulbright scholarship. The focus of her Masters study was health services management and policy. During February 2012 – March 2016, she was pursuing her PhD in drug policy research via scholarships from the Australian Government's Endeavour Award and the National Drug and Alcohol Research Centre. The focus of her PhD was an economic evaluation of compulsory centres for drug users in Vietnam compared to community-based methadone maintenance treatment. Thu’s PhD has provided a solid evidence base for Vietnamese decision makers to assist them in decision making in reallocation of government resources. Thu also presented her PhD study results on a range of conferences in Australia and internationally and was awarded an Early Career Researcher Award at the International Society for the Studies of Drug Policy (ISSDP) Conference in 2016.

Professionally, Thu has had 18 years of experience in public health work in the areas of HIV and drug policy. She has spent most of her career working for global development organisation FHI 360 in Vietnam. She is a key facilitator between the international community and the Government of Vietnam, working to achieve consensus on the most feasible ways to improve drug policy in Vietnam. For example, Thu has worked on a roadmap to shift Government funding for compulsory drug treatment towards evidence-based policy and programs for effective drug treatment. Her professional career includes writing for the International Journal of Drug Policy and a considerable career in freelance writing. Her professional efforts have been recognised by the National Assembly of Vietnam and the International Federation of Non-Government Organizations.

From May 2016, Thu continues to work with her PhD supervisors (Prof Alison Ritter and Dr Marian Shanahan) and other NDARC researchers in her new role as Postdoctoral Research Fellow to evaluate the Involuntary Drug and Alcohol Treatment (IDAT) Program in New South Wales, commissioned by the NSW Ministry of Health. The evaluation aims to explore the issues of ethics and rights pertaining to the delivery of the IDAT program, to identify if the program achieves its stated objectives in reducing alcohol and drug use and reducing utilisation of health services for acute and intensive health care, and to estimate the costs of the program delivery.

Thu’s PhD dissertation was passed in June 2016 by two external examiners without any amendment.