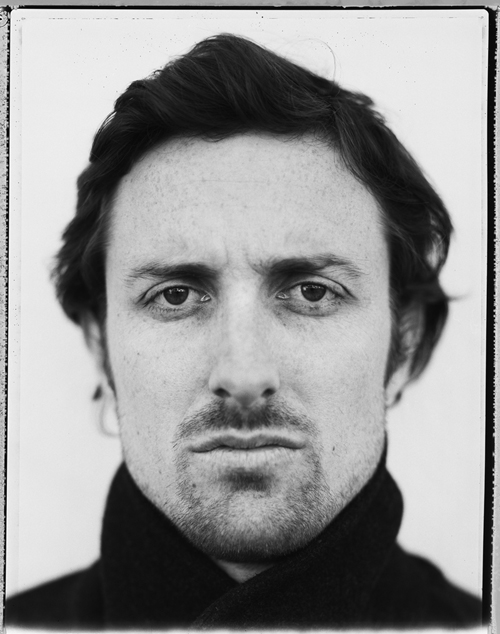 After a period working under Marcel Wanders in Amsterdam, Trent returned to Australia to set up the Trent Jansen Studio in Sydney, before moving his practice to Thirroul on the New South Wales South Coast.

Trent Jansen applies his method of Design Anthropology to the design of products and furniture for manufacturers including Moooi, DesignByThem and Tait. This approach is also applied to the design of limited edition and one-off pieces for clients including the Molonglo Group and design galleries Broached Commissions, Criteria and Gallery All.

“Trent has a great deal of respect for cultural heritage and is extraordinarily thorough in incorporating cultural identity and history into his works ... his collaboration with Broached Commissions has the same kind of take on defining the Australian design identity as Droog has done for the Dutch design identity”

Trent Jansen is a co-founder of Australian limited edition design house Broached Commissions, and is represented by Broached Commissions, Criteria and Living Edge in Australia, and Gallery All in Beijing and Los Angeles. Trent’s work has been exhibited nationally and internationally, including: National Gallery of Victoria in 2017 and 2013, Salon Art+Design, New York City in 2017, XX1T - the 21st International Exhibition at the Triennale Di Milano in 2016, Design Days Dubai and Design Miami in 2015, The Ullens Centre for Contemporary Art, Beijing in 2014, Broached Colonial, Sydney and Melbourne in 2011, London Design Museum in 2009 and Salone Internazionale del Mobile, Italy in 2008.

Trent Jansen’s work is in production with Tait, DesignByThem and Broached Commissions in Australia, Sekimoto in Japan and Moooi in The Netherlands.

- 2018 - Australia Council for the Arts Project Funding grant for a collaboration with Johnny Nargoodah for the National Gallery of Victoria's Melbourne Design Week.

- 2013 - Australian Postgraduate Award for Doctor of Philosophy, University of Wollongong.

Since being named Australian design graduate of the year in 2004 by the New South Wales peak body for design - Object Gallery, now known as the Australian Design Centre (ADC), I have regularly produced non-traditional research outputs for the best public institutions and private companies in Australia. I have a long history exhibiting with the ADC, including Porosity Kabari in 2018, Object Therapy in 2017 and Bombay Sapphire Design Discovery exhibitions 2006-2008. In this final year I was awarded the Bombay Sapphire Design Discovery Award, the industry’s largest and most prestigious design award. In 2013 I began exhibiting non-traditional research outputs with the Victorian peak body for art and design, the National Gallery of Victoria, and have since been invited to exhibit a solo exhibition for Melbourne Design Weeks in 2017 and 2020, and a retrospective of the work of Broached Commissions at NGV Australia in 2018/19. Following these solo and retrospective exhibitions the NGV acquired three major research outputs, adding to the existing major work of mine already in their collection. In 2017 I was the only design practitioner to be named a finalist of the Ramsay Art Prize, with my non-traditional research outputs exhibited at the South Australian peak body for art and decorative arts, Art Gallery of South Australia. Lastly, my non-traditional research outputs were exhibited at one of Western Australian peak bodies for art, Fremantle Arts Centre, as part of the In Cahoots Exhibition 2018, to audiences of over 16,000 over a 62 day exhibition.

I work with the most prestigious producers and design galleries in Australia, having produced non-traditional research outputs with top-tier design brands Tait, who make high quality outdoor furniture and UAP, with offices in Brisbane, Shanghai and New York making site specific and production public furniture for the Australian, Asian and American architectural markets. I am a co-founder of Australia’s most highly regarded limited edition design house, Broached Commissions, producing limited edition and one-off pieces for the collectable design market and peak art and design institutions in Australia, Asia, America and Europe. I am also represented by Gallery Sally Dan-Cuthbert, Australia’s most esteemed commercial limited edition and collectable design gallery.

My work with top tier international institutions began in 2009 when my research was named a finalist in London Design Museum’s ‘Designs of the Year’ list and exhibited at this peak body for design in Britain. In 2014 I was invited to exhibit my non-traditional research outputs as part of a Broached Commissions retrospective at top tier Chinese art institution - Ullen’s Centre for Contemporary Art. My work for Broached Commissions was again exhibited at the Italian key peak body for design, the Triennale di Milano as part of their 21st International Exhibition, a survey of time defining design produced internationally in that year.

An indicator of excellence in the design industry is representation at a number of key international  design fairs, including Design Miami in both Basel Switzerland and Miami USA, Salon Art+Design in NYC, Design Days Dubai and the Salone Internationale del Mobile in Milan Italy. Throughout 2017, 2018 and 2019 I have consistently exhibited non-traditional research outcomes with top tier international commercial galleries at these fairs, including: the Salone Internationale del Mobile with Galleria Rossana Orlandi, commonly regarded as one of the best design galleries in the world; and Design Miami, Salon Art+Design and Design Days Dubai with Gallery All, a highly regarded avant-garde gallery based in Beijing and Los Angeles. I also consistently consult to the best manufacturers of design in the world, including top tier international design brands Moooi and Edra, who sell through the best design galleries, retailers, design fairs and their own flag-ship stores in all major international markets. My relationship with Edra beginning when I was announced the winner of the prestigious Space+Edra Award, one of the most coveted design awards in Australia.

- McKenzie, I. (2017, April 19) Fluffy Furs and Curious Cabinets: It's the Broached Monsters!. Nonagon. Retrieved from
https://nonagon.style/broached-monsters-furniture-collection-trent-jansen-australian-mythology/

I maintain a strong design practice, working on object and furniture design projects for the world's best design manufacturers and galleries. I continue to work on production works for manufacturers in Australia, Japan, Holland and Italy, as well as highly resolved, limited edition design outcomes for the international collectable design industry. These projects are facilitated and often produced in the Trent Jansen Studio, located in Thirroul on the NSW Coal Coast.

My general teaching interests are in object and furniture design, with a more specific focus in critical design and design anthropology methodologies. I bring my interest in material culture theory to the class room, and encourage students to consider the ways in which an object embodies the values, ideas, attitudes and assumptions (the culture) of its designer. I teach students to understand their work as vessels for information dissemination, rather than simply functional objects. In this way, I help students to use design as a medium to communicate their values to the world, treating design as activism, with the potential to facilitate attitudinal and behavioural change within a chosen audience.