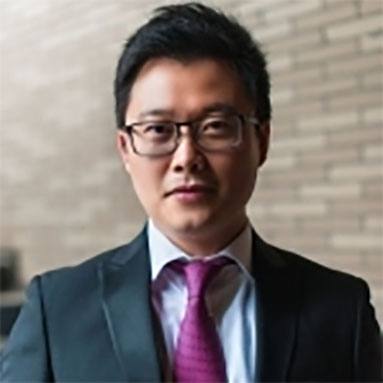 At UNSW Law & Justice, I am Director of Research and Co-Director of the Herbert Smith Freehills China International Business and Economic Law (CIBEL) Centre. The CIBEL Centre is a university funded long term and strategic initiative to enhance research strength in the areas of international business and economic law of relevance to China in the twenty-first century. The CIBEL website is here: http://www.cibel.unsw.edu.au/. Globally, I am currently Co-Secretary of the Society of International Economic Law (SIEL), one of the world’s leading organisations for academics and academically-minded practitioners and officials in international economic law: http://www.sielnet.org/.

Prior to joining UNSW Law in 2015, I was a trade and commercial lawyer at a top-tier Australian law firm in Sydney. In that capacity, I advised the Government of China (represented by China’s Ministry of Commerce (MOFCOM)), Chinese industry associations, and numerous major producers and exporters from different countries in various trade remedy investigations in Australia. I also acted for major Chinese state-owned enterprises and private companies in a number of cross-border transactions including major Chinese investment into energy and resources, agriculture and property in Australia. Before that, I conducted research at the Faculty of Law, University of Sydney. My unpublished Ph.D thesis, completed in 2012, was on “Adjudicating De Facto Discrimination under the GATT National Treatment Rule: The Role of Regulatory Purpose”. Before that, I was a consultant at the WTO Secretariat. In that capacity, I developed two of the major online courses of the WTO including: “The Multilateral Trade Agreements” (554 pages) and “Market Access for goods and Non-Agricultural Market Access (NAMA) Negotiations” (382 pages), amongst other responsibilities. Currently, I continue to consult for leading Australian law firms on foreign trade and investment matters. I am a qualified lawyer in Australia.

2018 University of New South Wales/Tsinghua-UNSW Collaborative Research Fund - Seed Grant（Co-investigator）(Financial Innovation and Regulatory change in the Context of De-globalisation: China's Approach and the Implications for Australia)

My current research explores the capacity of the WTO to deal with state capitalism, China's implementation of WTO rulings, the China-Australia Free Trade Agreement particularly the liberalisation of trade in services, the theoretical foundation for a multilateral trading system, and the issues of non-market economies.