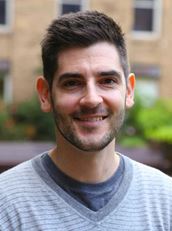 William was awarded his PhD from Murdoch University in 2010. The thesis explored interventions conducted by Western societies in the post-Cold War era that aimed to promote liberal democratic institutions and governance and their impact on the constitution of international society.

Popular Culture in Global Politics
This project explores the the ways in which audiences constitute pop cultural artefacts through debates and contests over the meaning of artefact's representational practices. It focuses on debates over representations of identity politics in games, film, and TV shows.

Risk and Immigration
This project explores the immigration practices of the Trump administration, particularly the travel ban and wall along the border with Mexico, through a security logic of risk.