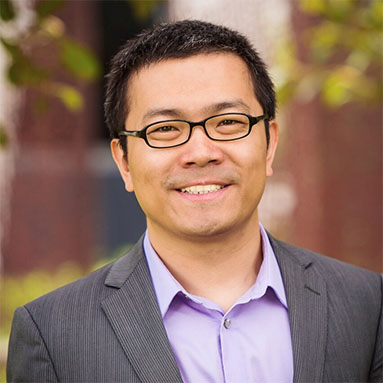 Charlie Xiao-chuan WENG joined the UNSW Law faculty in 2015 as an Associate Professor. Previously, he was Eastern Scholar Chair Professor of Law and Assistant Dean at the KoGuan Law School of Shanghai Jiao Tong University (SJTU, China) . He also taught at Nagoya University Graduate School of Law (Japan) as Designated Associate Professor. He studied law at East China University of Political Science and Law (ECUPL) before completing his LLM at the National University of Singapore (NUS). After working for ECUPL for five years, he went to the University of Pennsylvania School of Law for his LLM and SJD in corporate law, followed by an appointment as a Robert S. McNamara Fellow at the Yale Law School Center for the Study of Corporate Law. In 2012, he was recruited by SJTU as a Research Professor. He also held fellow/visiting professor positions in many leading research institutions, such as Stanford Law School and Cambridge University.

His research interest centers on law and business. He has published widely in the fields of corporate law, securities law, and bankruptcy. His research projects were heavily supported by multiple organizations, including the World Bank and the Municipal government of Shanghai. Before joining UNSW, his research outputs well advised funding organizations and legislatures. Currently, he is especially interested in research on the law of capital markets and the fundamental theory of corporate law. Also, he is interested employing cross-disciplinary research methodologies to analyze the impact on the real economy of changes in the law governing corporate law and financial regulation