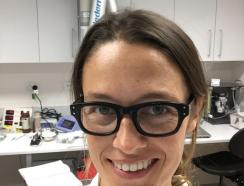 Goal-directed action selection is central to the executive functioning of humans and other animals, and allows animals to select actions according to current needs and knowledge of the relative value of available goals or outcomes. My research is focussed on identifying the pathways involved in goal-directed learning and performance, with particular emphasis on the corticostriatal circuit centred on the posterior dorsomedial striatum. I have established that the acquisition of goal-directed actions relies on the bilateral corticostriatal pathway from intratelecephalic neurons in the prelimbic cortex projecting directly to the posterior dorsomedial striatum, and ongoing work is aimed at establishing the precise role of these neurons in learning, their temporal involvement across the course of learning and indeed how they interact with other cortical and sub-cortical regions to facilitate goal-directed learning. I am also involved in several projects aimed at understanding how goal-directed actions are acquired and expressed at the level of basal ganglia pathways, including striatal direct and indirect pathway projections, and dopaminergic inputs to the dorsal striatum. These projects involve a combination functional behavioural investigation, using viral-based optogenetic and chemogenetic manipulations, and measurement of neuronal correlates of behaviour with immunofluorescence and in-vivo fiber photometry.