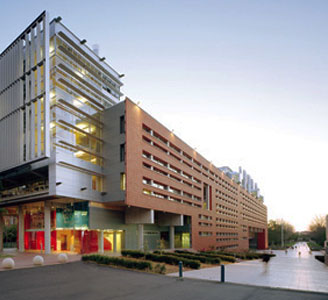 NSW Government Architect Peter Mould has been appointed as a visiting Professor within the Built Environment Faculty.

His major works include the restoration and conservation of St Mary's Cathedral, upgrade works at Circular Quay and Manly wharfs and the master planning for Sydney Cove and the public domain at Taronga Zoo.

In addition Professor Mould has most recently been appointed as one of four members of the city of Sydney’s Central Planning Committee, addressing major development applications worth more than fifty million to come before the council.

Dean of the Built Environment Professor Alec Tzannes said Professor Mould was an important appointment and the faculty would benefit from his skills and experience.

“Professor Mould has been integral to reestablishing the NSW Government Architect’s Office as an architectural practice of significance, with work ranging from indigenous facilities and environmental initiatives to major cultural facilities such as the Museum of Contemporary Art at The Rocks in association with architect Sam Marshall,” he said.

In a recent statement, Professor Mould said he was looking forward to the appointment, which will strengthen the collaborative relationship between UNSW and the NSW Government on issues related to the built environment.