Career Conversation: The Impostor Inside 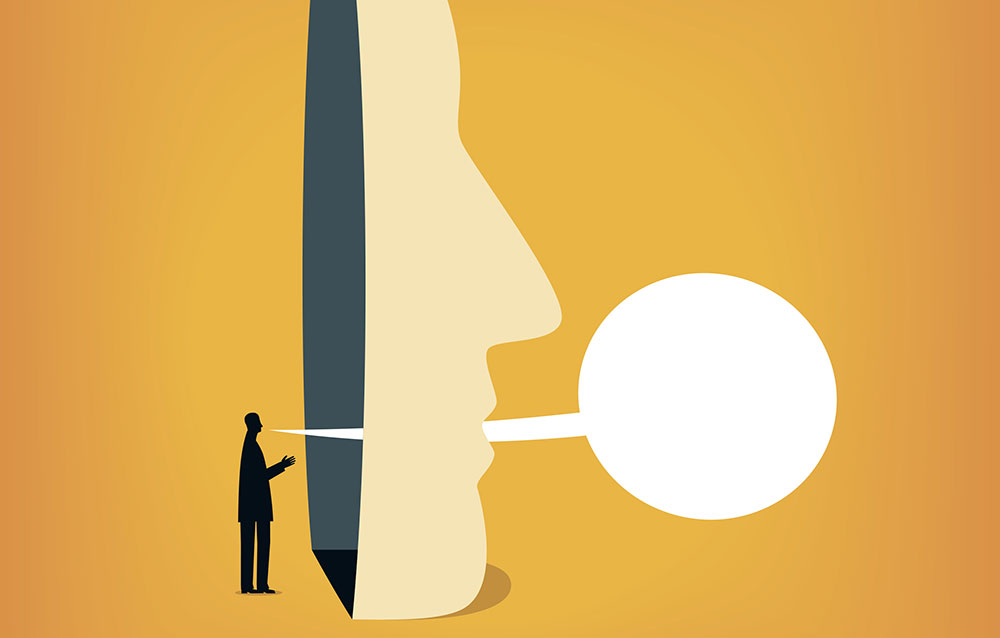 ​Maybe you were just promoted or landed the job you spent years preparing for. Maybe your reputation is so well known and respected you cannot take on any more clients. Maybe you win every competition you enter or excel were everyone else fails. But deep down inside you're afraid that one day everyone's going to find out. Your secret will be revealed; the jig will be up. You're a fraud.

If you have ever suffered from feelings of inadequacy, intellectual fraudulence, or chronic self-doubt despite evidence to the contrary you are not alone. That's the impostor inside, and many high-achieving people from Nobel Laureates to CEOs to Prime Ministers experience thoughts of being a fake.

In 1978, Pauline Clance and Suzanne Imes, two clinical psychologists, coined the term impostor syndrome. They described it as feelings of "phoniness in people who believe that they are not intelligent, capable or creative despite evidence of high achievement." While these people "are highly motivated to achieve," they also "live in fear of being 'found out' or exposed as frauds." Successes are usually attributed to luck or discounted completely. The most common trait, however, is the feeling of fraudulence.

Maya Angelou, the renowned American author, once noted "I have written 11 books, but each time I think, 'Uh oh, they're going to find out now. I've run a game on everybody, and they're going to find me out.'" Neil Gaiman, most well-known for authoring The Sandman comic book series, explained: "The first problem of any kind of even limited success is the unshakable conviction that you are getting away with something, and that any moment now they will discover you."

So where are these feelings coming from? According to psychologists, the inability to internalize past and current successes prevents the self from alleviating feelings of inadequacy and properly recognising achievements. The fear of success and the increased responsibility and visibility that comes with it can also be a contributing factor. What is interesting, though, is this fear of success does not necessarily stop the individual from achieving success. As high-achievers experience impostor syndrome at the greatest rates, the fear of not succeeding is even greater and acts as a catalyst for attaining increasing accomplishments.

In the workplace, impostor syndrome can sometimes feel like an anxiety-laden burden. It makes you question your abilities and can lead you to rewriting a report multiple times because anything less than perfection is not acceptable. It may even prevent you from putting forward ideas due to self-doubt and second-guessing. But is also forces you to critique your ideas more thoroughly. This rigorous intellectual vetting can actually lead you to better and more effective ideas. And because overconfidence is not an issue, your perspective is more open and cautious which can result in more informed decision-making.

Most people who experience impostor syndrome do so on a fleeting and occasional basis. It comes and it goes. But for those who experience a more permanent form of the syndrome there are ways you can manage it. Finding a mentor, someone who can provide objective feedback and an outsider's perspective, will help ease the feelings of self-doubt. Creating a list of your strengths and your successes can also help. Read it regularly to remind yourself of your accomplishments and keep it updated. The act of writing your successes down will help you internalize them. Watch your language. Avoid describing your achievements as lucky. Take ownership of your accomplishments by explaining to others the steps you took to realise your outcome. And finally, use your support network to talk about your impostor feelings. Over 70% of people experience impostor syndrome at some point in their lives. Someone you know will understand what you are going through and be able to offer encouragement.

Career Conversation is a column authored by Alumni Relations providing career development advice and insights. The Impostor Inside was researched and written by Gabrielle Naglieri, Alumni Communications Coordinator.​​