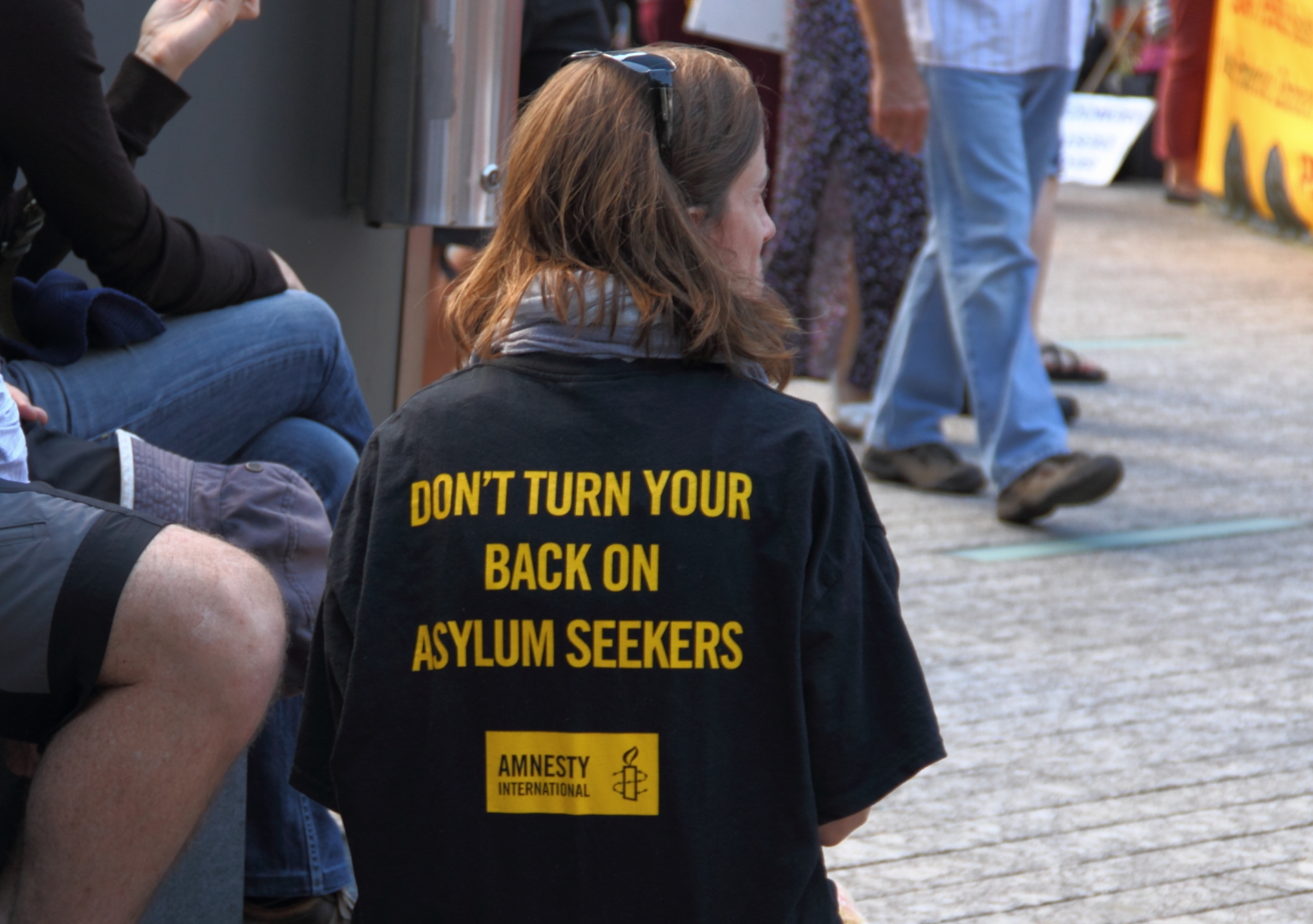 For many people, they won’t be numerate or literate in their own language let alone English. These people would be taking Australian jobs … and for many of them that would be unemployed, they would languish in unemployment queues and on Medicare, and the rest of it. So there would be a huge cost.

Not only is Dutton’s position contradicted by evidence in Australia, it is also out of step with international thinking.

The Department of Social Services, which is responsible for settling refugees, has found the vast majority of recently arrived refugees are literate in their own language and have attended school in their home countries. The majority could understand spoken English when they arrived in Australia.

Second, a review of studies examining the economic impact of refugees in Australia found no evidence they impose a net cost on Australia in the long term. Research shows while refugees may find it difficult to get jobs initially, over time their labour participation rate becomes much the same as the rest of the community.

Previous government-commissioned research has found refugees are a young and entrepreneurial cohort. Recent figures from the Australian Bureau of Statistics confirmed this finding.

This aligns with evidence gathered by Oxford University’s Humanitarian Innovation Project, which shows that around the world, from camps to cities, refugees have established thriving businesses and created employment for others.

Third, refugees can bring social, cultural and material benefits to small rural towns and regional areas (in particular). An independent study found that Karen refugees – an ethnic minority from Myanmar – in the Victorian town of Nhill helped tackle labour shortages and a declining population. They boosted the local economy by an estimated A$41.5 million.

Australia’s first large-scale intake of refugees after the second world war transformed Australia in economic, demographic and cultural terms. New initiatives like Welcoming Cities, building on success stories of migrant and refugee integration across the US, recognise and build upon this legacy.

The Department of Immigration wrote in 1978 that:

It is sobering to see how easily today’s well-established and confident citizen can … become tomorrow’s refugee.

This was a period when there was considerable public opposition in Australia to increased immigration. But this did not stop Australia from accepting a higher-than-usual number of refugees. And they grew Australia’s economy through their and their children’s hard work and entrepreneurialism.

As the department explained, these refugees:

… exhibit the range of skills, attitudes and backgrounds which might be found in a similar number of Australians in like distressed circumstances.

Economic prejudice against refugees is not unusual. It can be found in public attitudes across Europe and North America.

Negative feelings toward refugees might be linked to a person’s sense of economic success compared to friends and others around them.

A recent Australian study found people from low-income areas thought asylum seekers received greater government benefits, such as cash and housing, than they actually did. In fact, asylum seekers living in the community and waiting for their refugee claims to be processed receive only 89% of Centrelink’s Special Benefits rate. This rate is usually the same as Newstart or Youth Allowance, but can be less.

Comments such as Dutton’s reinforce the notion that refugees are likely to be dependent rather than self-reliant. Research shows this is not true. And it is out of touch with international thinking.

Many prominent leaders, such as International Monetary Fund chief Christine Lagarde, have highlighted the potential refugees have to make a significant economic contribution to society. This builds on an emerging international consensus that successful responses to the global displacement crisis will be those that recognise and build upon displaced people’s skills, capacities and aspirations.

That insight applies as much to refugee responses abroad as it does to those who are accepted to resettle in Australia. As UN Secretary General Ban Ki-Moon recently said:

When managed properly, accepting refugees is a win for everyone. Refugees are famously devoted to education, improvement and self-reliance … Attempts to demonise them are not only offensive; they are factually incorrect.